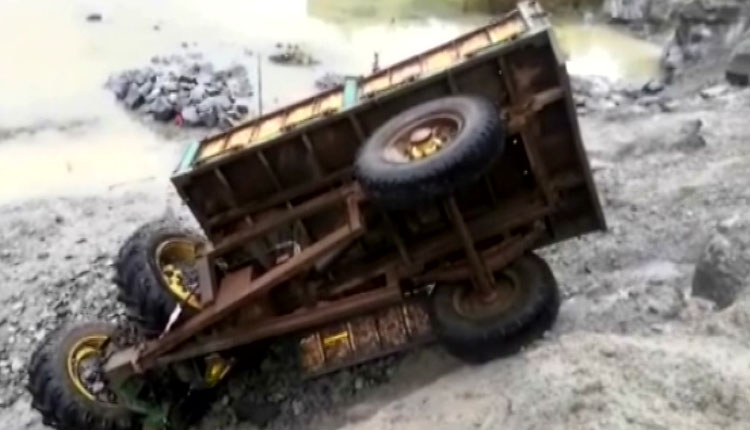 Rayagada: The Odisha government on Wednesday suspended Gunupur Tehsildar Laxminarayan Sabat with immediate effect in connection with the blast at a stone quarry at Okilaguda.

On October 16, a powerful explosion ripped through the quarry, killing three persons, including two women, while six more labourers had sustained critical injuries in the mishap.

According to a notification issued by the Revenue and Disaster Management department, Sabat shall henceforth report at the Collectorate, Rayagada during the period of suspension and shall not leave the headquarters without prior permission of the Collector.

Moreover, he shall be entitled to the payment of subsistence allowance in accordance with Rule-90 of the Odisha Service Code, the notification read.

Earlier on Tuesday, the Rayagada district administration had suspended the Assistant Revenue Inspector (ARI) of Gunpur Sadar, Anup Kumar Martha in connection with the blast.

Martha was in charge of the stone quarry where the blast had occurred on October 16.