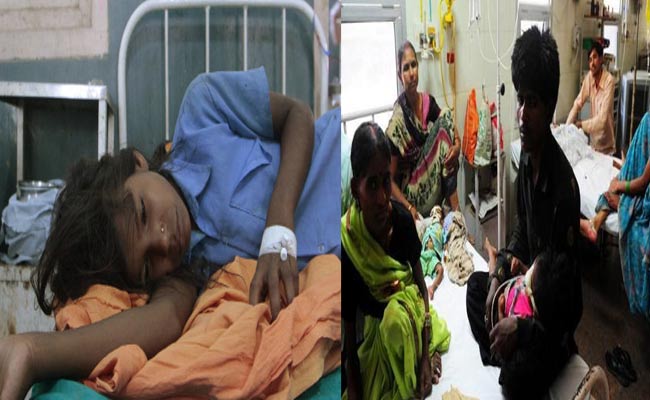 Bhubaneswar: The death of a five-year old child  due to acute diarrhoeal disease on Tuesday in the Capital city has raised many eyebrows.

The data with State Health Department shows a high of 1.33 lakh children in the age-group of 0-5 years have been detected to be afflicted with Acute Diarrhoeal Disease in the State during the period April – January 2019-20.

However, the significant development witnessed in year 2018 is the mortalities owing to acute diarrhoea in Odisha dipped to 75 from 110 in 2017. A look at the data over the years shows Odisha reporting a gradual decrease in both diarrhoeal cases and mortalities.

Acute diarrhoeal disease is caused by bacteria such as Salmonella and Vibrio parahaemolyticus, and viruses such as norovirus, rotavirus, sapovirus and astrovirus. The clinical features it exhibit are sudden onset of frequent loose or watery stools, often accompanied by vomiting and fever. The disease is usually mild with spontaneous recovery. But in severe cases, dehydration and shock may occur.

Still, how could the ill-fated child was not diagnosed as suffering from diarrhoea, when at the first instance the parents of the child reached Capital Hospital for treatment. The death of child shows the death was due to excessive dehydration and shock. Many questions beg an answer.

Significantly, why the Capital Hospital in the Capital City of Odisha is not equipped to treat an acute diarrhoeal case? Why is it that all and sundry diseased conditions were being referred to SCB Medical College and Hospital (SCBMH)? Is not this overburden SCB?


The parents of the ill-fated child alleged negligence of doctors, when CM Naveen Patnaik has included hospitals under Mo Sarkar. This case sheds light on the fact that there is no periodic monitoring on the progress of Mo Sarkar in health sector.

This child death due to diarrhoea is seemingly a reality-check on the pumping of funds under the Mo Sarkar and 5T programme. And the State government needs to pull up its shocks to prevent  recurrence of such deaths due to such preventable diseases like diarrohea.