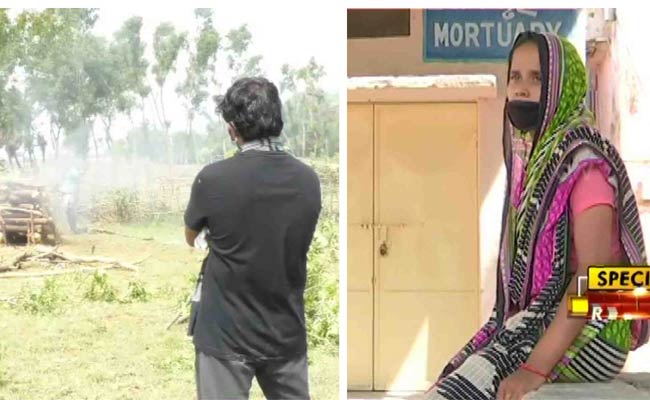 Balasore: He has dedicated his life to serve cancer patients at Tata Memorial Hospital in Mumbai. But he was unable to see his cancer-stricken father for one last time due to the lockdown and COVID-19 quarantine norms. The agony of this Odia youth speaks volumes about the endless suffering and plight that the lockdown has brought upon individuals across the country.

Amir Behera, who hails from Guhalia village in Balasore, works as a health worker at Tata Memorial Hospital in Mumbai. After getting information that the health condition of his cancer-stricken father has worsened, Behera somehow managed to reach Soro from Mumbai. But as per protocol, Behera was kept under institutional quarantine, some two kms away from his village on May 19 (Tuesday). Though Behera urged officials to allow him to visit home, he was allegedly not permitted.

“I was aware of the COVID-19 guidelines and made several requests to the administrative officials seeking permission to see my ailing father for one last time. But I was not allowed and my father breathed his last at around 2 AM today,” said Behera.

Earlier in 2017, Behera’s father was diagnosed with cancer and was being treated in Balasore under the guidance of doctors at Tata Memorial.

According to Behera, it was only at 8 AM today that the authorities granted him permission to attend the last rites of his father. However, he was only allowed to remain outside the quarantine centre till 5 PM till completion of the funeral.

Behera further said, “I had come to Odisha only to meet my father as he was insisting to see me once as his condition was deteriorating day by day. I will always regret that I was unable to speak to my father.”

The local Sarpanch said that “Behera informed late at night about his father’s condition. We were not aware that his father was critical.”

Not only Behera, COVID-19 pandemic and lockdown are becoming the backdrop of many such heart-rending & tragic stories.

For Ranju Gouda of Haripur village in Ganjam district, if the death of her husband was a tragedy too much to bear, then the aftermath was downright unfortunate. Odisha government had first announced that Ranju’s husband Purnachandra, a Surat returnee, died of COVID-19. Hours later, the government officials changed their report and said that the death was not on account of COVID-19.

Despite this, Ranju’s family was allegedly not handed over the body by the district administration and they were forced to conduct a symbolic funeral. “After making rounds for three days, they showed the body. We have no one to look after the family. I do not know what to do now,” said Ranju.

Sources said, deceased Purnachandra had reached Odisha prior to the lockdown in the month of March to see his newborn son. However, he was shifted to COVID hospital without any tests after he complained of fever.

The State government initially declared that he died of COVID-19. A couple of hours after his death, the government backtracked and clarified that his test reports have come negative.