Column: Pushing Rebels On The Back Foot In Their Own Citadel 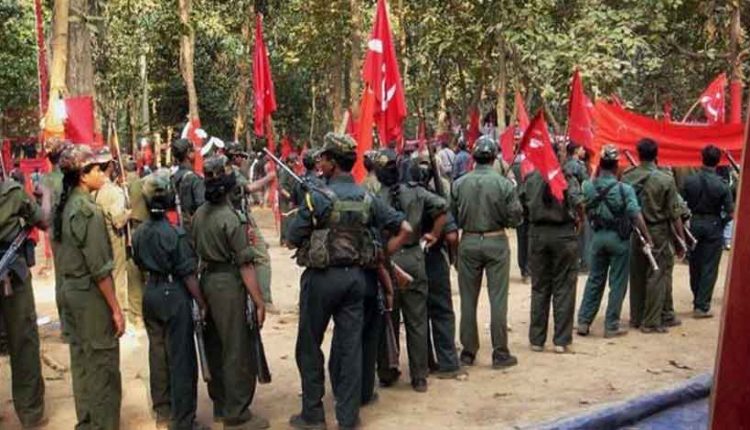 Bhubaneswar: The huge seizure of arms and ammunition from a Maoist hide-out in Malkangiri’s Swabhiman Anchal has come as a morale booster for security forces engaged in a prolonged war with the ultras. This region, which was earlier called “cut-off” area because of its difficult topography and lack of road communication with the mainland, has been a Red citadel for the last several decades.

As director general of police, Abhaya pointed out during his interaction with the media yesterday this was the biggest haul of Maoist arms and ammunitions in the state so far. The success followed extensive combing of the area in the wake of January 15 encounter between police and the rebels at Goiguda village. Security forces have stepped up their operation in the area where the government has launched an intensive development drive in the shape of construction of roads, bridges and panchayat offices. Combined teams of Odisha Police, BSF, CRPF’s CoBRA and Andhra Pradesh’s Grey Hounds have been taking part in the counter-insurgency operation in this belt.

The turning point for the security forces, which had limited success against the rebels in the Swabhiman Anchal in the last few decades, was the inauguration of Gurupriya bridge by chief minister, Naveen Patnaik in 2018. The bridge connected the area with the district’s mainland by road for the first time after a gap of four decades when the region got cut-off from the rest of Malkangiri following the construction of s reservoir and a hydel power project.

With boats being the only means of communication with the mainland around 25,000 people inhabiting 151 villages in nine panchayats of swabhiman anchal endured untold hardships and misery. Neither they had access to good schools and hospitals not did the benefits of various welfare programmes of the government reach them. They found it nearly impossible to reach the district hospital in Malkangiri town during emergencies.

The government, too, found it hard to reach out to the people of the region with officials scared of entering remote villages where Maoists ruled the roost. The reputation of the area as a Maoist bastion had grown after the rebels kidnapped the then Malkangiri collector, R. Vineel Krishna from one of its villages in 2011. He was released from their captivity following hectic negotiations with the government that stretched for a week.

But the opening of Gurupriya bridge has drastically changed the situation. Now the shoe is on the other foot with security forces having an upper hand in their war against the radicals for the first time in the last four decades. The bridge has made their movement easier and in the event of a prolonged exchange of fire with the Maoists they can hope to receive additional ammunition and reinforcements from the mainland in time.

It has also facilitated government’s developmental drive in the region which has been deprived of good roads, schools and hospitals for decades. Currently road construction work is going apace in several villages in the area with police and BSF standing guard. Security forces can expect more successes against the ultras who are now clearly on the back-foot.