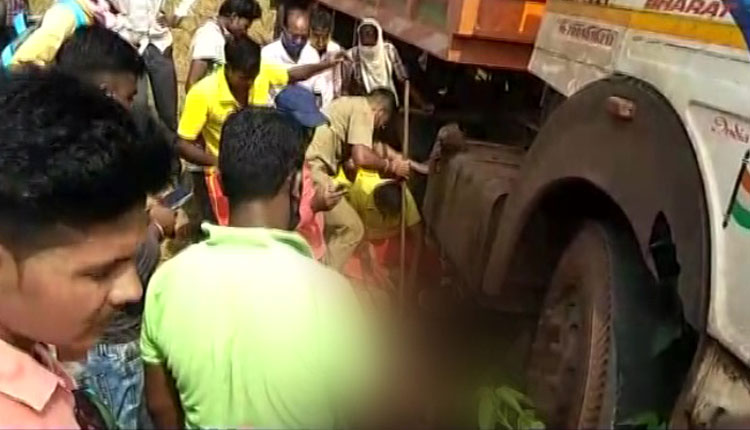 Bhubaneswar: At least six persons were killed while 20 others sustained multiple injuries in separate road mishaps reported from different parts of Odisha on Tuesday.

In Mayurbhanj, three persons lost their lives after being crushed under the wheels of a speeding truck. The trio was reportedly travelling in a two wheeler when a trawler hit their vehicle near Phulagontha on NH-49 of the district. All the three persons got reportedly trapped under the wheels of the heavy vehicle. The identity of the deceased is yet to be ascertained.

In another incident, one person died while 20 others sustained critical injuries after a van they were travelling overturned near Kantakhali area under Patrapur block of Ganjam district today. All the occupants in the vehicle were reportedly returning from Nuagada after darshan of goddess Kureisuni. Following the mishap, all the injured were rushed to a nearest hospital. As per reports, the driver of the pick-up van reportedly surrendered at police station.

Earlier, a woman and her three-year-old son died after being run over by a speeding truck near Padiabahal area on Sambalpur-Deogarh road.

Recovered COVID Patients Can Get Infected By The Virus Once Antibodies Start Depleting: ICMR