Cristiano Ronaldo became the second oldest player after Cameroon's Roger Milla to score a goal in the World Cup and also the third player to be both his country's oldest and youngest goalscorer at the World Cup.

Cristiano Ronaldo became the first player to score in five World Cups as Portugal survived a few anxious moments to overcome African side Ghana 3-2 in a Group H match of the 2022 FIFA World Cup at Stadium 974 in Doha on Thursday.

After the two teams remained goalless till an hour into the match, Portugal earned a penalty when Ronaldo was brought down inside the box by Mohammed Sslisu. Ronaldo himself stepped up to convert the penalty and make it 1-0 for Portugal in the 65th minute.

The 37-year-old became the second oldest player after Cameroon's Roger Milla to score a goal in the World Cup and also the third player to be both his country's oldest and youngest goalscorer at the World Cup. Croatia's Ivica Olic and Denmark's Michael Laudrup are the other two.

Though Ronaldo spread cheer among Portugal team after they had missed a few good chances in the first half, their joy was shortlived as Ghana equalised in the 73rd minute when Andre Ayew struck from close range after Kudus Mohammed made a great run behind the Portugal defence and sent a low cross.

Portugal were back ahead in the 78th minute when Jao Felix made it 2-1 and soon, they were up 3-1 when Rafael Leao curled home from the left channel in the 80th minute.

Portugal had to survive some anxious moments in the 10 minutes and the 10 minutes of added time as tempers flared and players from the two sides lost a bit of composure.

Ghana pulled one goal back in the last minute when Osman Bukari struck a fine goal, capitalizing on slack defending. Bukari came close in the eighth minute of added time with a right-foot shot that clips the side netting.

And Ghana could have gotten their third goal and a point from the match when Portugal goalkeeper Diogo Costa drops the ball at his feet off a goal kick, allowing Ghana forward Williams to sneak in from behind and steal the ball. Williams slips and allows Dias and Pereira to race back to clear the ball before Williams can pounce on it again.

Cristiano Ronaldo, who substituted, had relief writ on his face as Portugal made a winning start in the 2022 World Cup.

Two second half goals from Richarlison helped Brazil to begin their group campaign with 2-0 win over Serbia at the Lusail stadium in Doha on Thursday evening.

Richarlison twin strikes came in the 62nd and 73rd minute and helped him to take his individual goals tally to 19 goals.

The Selecao were far from impressive in the first half.

The flair which Brazil was known for has vanished to a large extent. 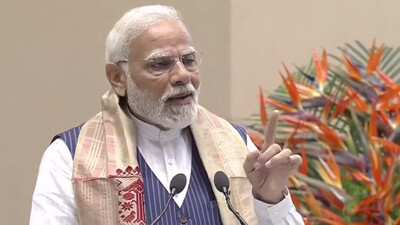