Who started the Ratha Yatra of Lord Jagannath at Puri?

Historians opine that sometime in 1230s Jagannath triad emerged in the Puri temple and hence, Ratha Yatra of the three must have started thereafter.

Out of 12 main Yatras (festivals) of Lord Jagannath at Puri, the two most important are the bathing festival (Jyestha Snana/Jyesthi on the full moon of the month of Jyestha)  and the Car Festival (Ratha Yatra on 2nd day of the bright half of Asadha).

These two most important festivals find mention in the Purushottama Khanda of the Skanda Purana (14th century). The Niladri Mahodaya, Vamadevasamhita, two other Sanskrit texts of late 16-17th century  and  the Sukta Samhita, a text dealing with secret rituals of Lord Jagannath also deal with the rituals between Jyesthi and Rataha Yatra. The question is when did these two important festivals of Jagannatha start?

Historians opine that sometime in 1230s Jagannath triad emerged in the Puri temple and hence, Ratha Yatra of the three must have started thereafter. Historians on the basis of the existing evidence argue that that Purushottama and Lakshmi were worshipped earlier before the trinity of Lord Jagannath, Balabhdra and Subhadra replaced them. 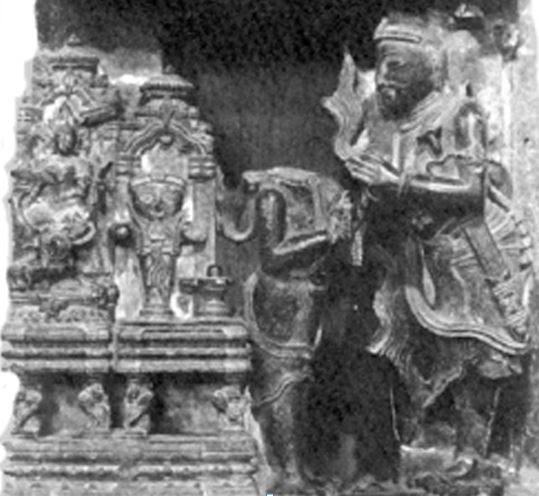 The Rajamartanda of Paramara King Bhoja of 11th century, Naisadhiya Carita of Sri Harsadeva and Kalaviveka of Jimutavahana of the 12th century A.D refer to the Mahajyesthi festival in the Purusottama Ksetra but not to Ratha Yatra. The Anargha Raghava of Murari Misra, a writer of the 10th century A.D refers to spectators sitting on the assembly hall on the occasion of the yatra of Purushottama.

Historians opine that Anangbhimadeva III, who for the first time described himself (Madras Museum Copper Plate of 1230 CE) as the rauta (servant) of Lord Purushottama, who was ruling over Utkaladesa (Odisha) with the adesa (order of Lord Jagannath), may have introduced the car festival in Puri along with 36 servitors (Chattisa Niyoga). His successor Narasimha I who is the first to assume the title of Gajapati, describes himself (Kapilas Temple inscription (1250 CE) as a great devotee of Siva and the son of Durga and the son of Purushottama, referring to the scheme of triad of Balabhadra representing Siva, Subhadra representing Durga and Purushottama representing Jagannath.

This scheme in the inscription is repeated in black chlorite sculture of Narasimha I represented as worshipper of Siva, Durga and Jagannath.

The earliest sculptural representation of Ratha Yatra is found from the 14-15th century Kotarakshi temple  of Dhanmandal in the present day Jajpur district.  It depicts a car with 12 wheels (6 visible) without spokes. On the platform of the car rises a mandapa adorned with a typical Orissan arched doorway ( torana ) which forms the frame for the deity. The roof of the ratha has a very clear pyramidal shape with four horizontal cornices and a typical ribbed final (amalaka) crowned by a potshaped kalavastone.

This frieze thus clearly shows that the early rathas of Puri were modelled after the pidha temple type known mainly from the jagamohana or frontal halls of the Odishan temples. This sculptural frieze of the chariot festival was subsequently brought to Odisha State Museum and is now found outside in the open. This sand stone sculptural frieze must be preserved and should not be left in the open for weathering and decay.

What led to the introduction of Ratha Yatra? There are many stories and opinions regarding the origin of Ratha Yatra. Many historians say that Jagannath cult has borrowed features from Buddhism and Ratha Yatra is one of them. In fact, in the dasavatra paintings  inside the Jagamohana of the Jagannath temple at Puri as well as on the lion gate, one finds Jagannatha replacing Buddha as the ninth avatara (incarnation of Buddha). Fa-hsien, the Chinese pilgrim who came in the time of the Guptas to India, refers to the car festival of Buddha.

Car festival of Puri  has been located in the Krsna tradition. Jagannatha is worshipped in the Gpalamantra of Krsna and the Sarala Dasa’s Mahabharata also associates Jagannath with Krsna. Many Bhakti saints from Ramanuja to Ramaananda, Kabir, Caitanya associate Jagannath with Krsna-Visnu and hence, it is not surprising that Lord Jagannath’s Ratha Yatra is associated with Lord Krsna.
One story is that once Lord Krishna's queens requested mother Rohini to narrate amorous episodes (rasa lilas) of Lord Krishna with the Gopis at Vrindavan. Rohini considered it improper of Subhadra to hear such episodes and sent her away. Everyone was so absorbed that nobody noticed the arrival of Krsna and Balarama on the scene nor the presence of Subhadra.

All three were also absorbed in the narration of Rohini. While they were completely engrossed with the storiesn Narad arrived. On finding the siblings standing together motionless, he prayed, “May the three of you grant darshan in this manner forever.” The boon was granted. And the three forever reside in Puri temple of the Lord Jagannath . There is another story associating Krsna episode with the Car Festival.

According to this association, this day is celebrated in commemoration of Krsna and Balarama’s departure in chariot to Mathura from Gokul. Euphoric devotees celebrated the day when Lord Krishna, after defeating the evil Kansa, gave them darshan in Mathura in a chariot with his brother, Balaram. Devotees in Dwarika celebrated the day when Lord Krishna, accompanied by Balaram, took Subhadra for a ride on a chariot to show the city's splendor.

Ratha Yatra and its eclecticism

Ghulam Hussain Salim, in his Riyazus-Salatin (17th century) talks about the veneration of Jagannatha by the Hindus and eclecticism of the cult of Jagannath.  Salim, in his Riyazus-Salatin says, when the Hindus reached Purushottam, where there was Jagannath, first they shaved their heads like Muslims and at the first door of the house of Shaikh Kabir, who was a great saint of his time and whose parents were weavers, they ate and drank his food and water which they call ‘torani’. After having done so, they proceeded to worship their god Jagannath.

At Purushottam, Hindus unlike their practice elsewhere, ate together with Musalmans and other races. And all sorts of cooked food sold in the bazaar and the Hindus ate and drank together. William Bruton, one of the early British travelers to India, reported in 1633 AD that during the car festival, the Moghul Subhedar sitting in the chariot, upon a convenient place, with a canopy to keep the sun
from injuring him, was present there to control this most important yearly gathering of pilgrims in Puri.

Umakanta Mishra teaches History at Ravenshaw University, Cuttack and can be reached at umajnu@gmail.com