Hera Panchami ritual depicts the scene in which Goddess Lakhmi gets angry on Lord Jagannath and the way she vents out her anger.

When a sulking Laxmi breaks the chariot of her husband

Every wife tends to get upset with her husband if he comes home late. It does not happen with only homemakers. Goddess Lakhmi also gets angry with Lord Jagannath finding Him coming late to Srimandir.

Lord Jagannath remains so busy meeting His devotees and spending time with siblings at His aunt’s house that He gets really late coming back home. Hera Panchami ritual depicts the scene in which Goddess Lakhmi gets angry on Lord Jagannath and the way she vents out her anger.

According to data available in ‘Ratha Chakada’, Hera Panchami was introduced by King Kapilendra Deb. Earlier, the ritual was performed through chanting. But, the king had conducted the rituals in a grand way. Since then, the ritual has become part of Rath Yatra. The Hera Panchami ritual marks the process for Bahuda Jatra as the three chariots are turned southward called Dakhina Moda. 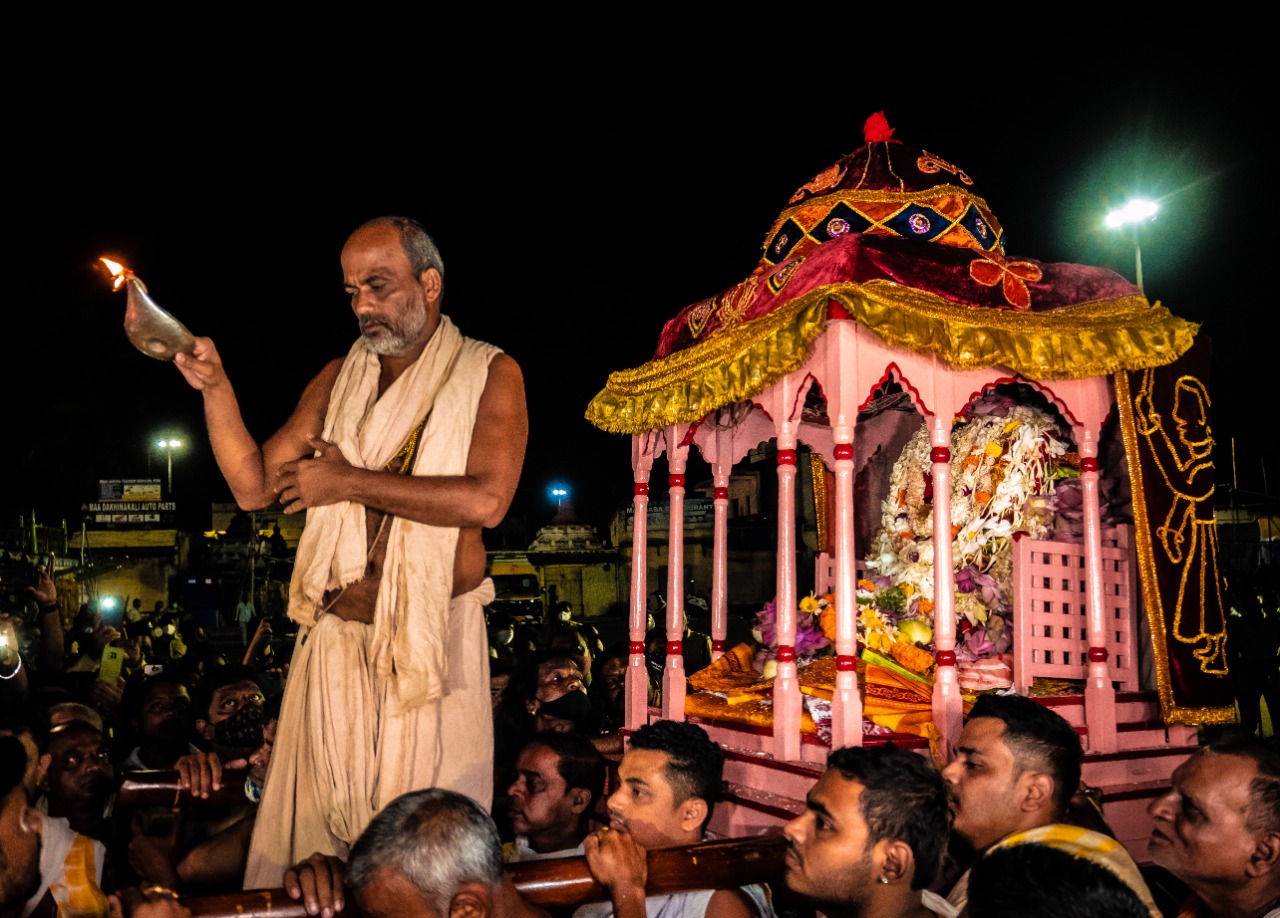 Around 129 years back, Odisha’s first vernacular daily Utkal Deepika had published an article pertaining to Hera Panchami for the first time on July 28, 1888.

Jagannath culture researcher Trilochan Mishra says, “No wife wants to stay away from her husband even for a day. Goddess Maha Lakhmi feels the same like a typical Odia wife when Lord Jagannath goes for His annual sojourn along with His siblings leaving Goddess Lakhmi at the temple. Lord Jagannath’s marriage is held on Jyeshtha Sukla Ekadasi which falls on the 11th day of the bright fortnight of Jyeshtha.

On Jyeshtha Purnima, Lord Jagannath and His siblings catch fever for 15 days after having ‘chaturthi snana’ and are kept in a sick room (Anasara Gruha) to recuperate in a fortnight. The temple doors remain closed during this period. After spending 15 days in Anasara Gruha, the Lord gives darshan to His devotees as part of Naba Joubana Besha ritual. Lord Jagannath without informing Maha Lakhmi leaves for annual sojourn with His siblings which annoys newly-wed Lakhmi. 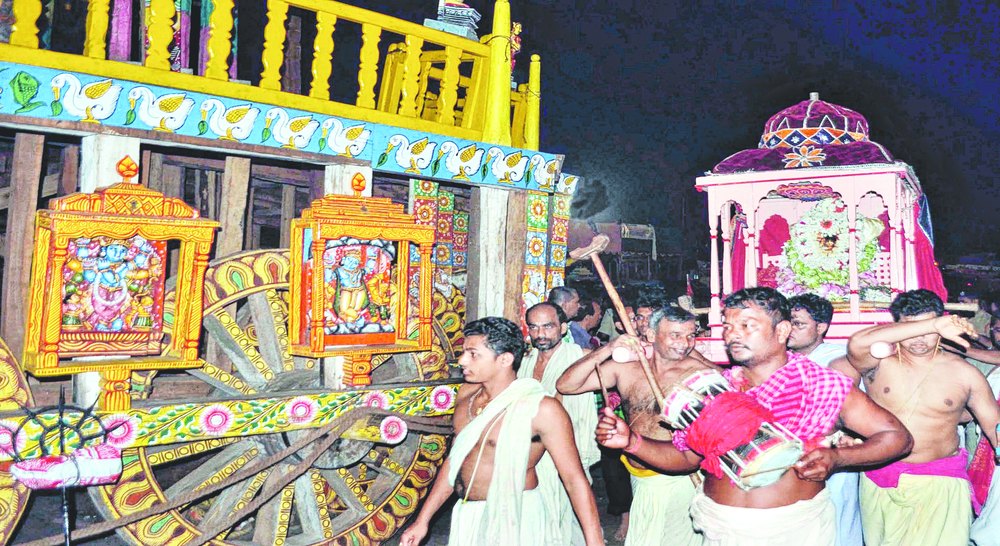 He further adds: “Goddess Lakhmi takes the advice of Goddess Bimala when Her husband does not come back even after four nights. Maa Bimala, who is considered the Tantric consort of Jagannath and a guardian of Srimandir, gives Goddess Lakshmi ‘Mohana Churna’ (a powder to attract husband) for Lord Jagannath’s early return, saying ‘Aou Dukha Na Kara Go Bishnu nka Gharani, Mohechurna Basibhuta Hebe Tha Jani’.

Maa Lakhmi’s procession makes a halt near the Nandighosha Ratha, the chariot of Lord Jagannath. Goddess Lakhmi is welcomed with ceremonial offerings. She enters the Gundicha temple and throws the ‘Mohana Churna’. On behalf of Lord Jagannath, she receives an ‘Agyan Mala’ (a garland of consent) and the door gets closed for Maa Lakhmi. Goddess Lakshmi feels neglected and angry. Being jealous of her husband’s attitude, and to teach Him a lesson for ignoring her, she asks her servitors to break a part of His chariot.

Later, She feels guilty of causing damage to Nandighosha which is why she secretly returns to Srimandira without any procession and fanfare through Hera Gohiri Sahi.” 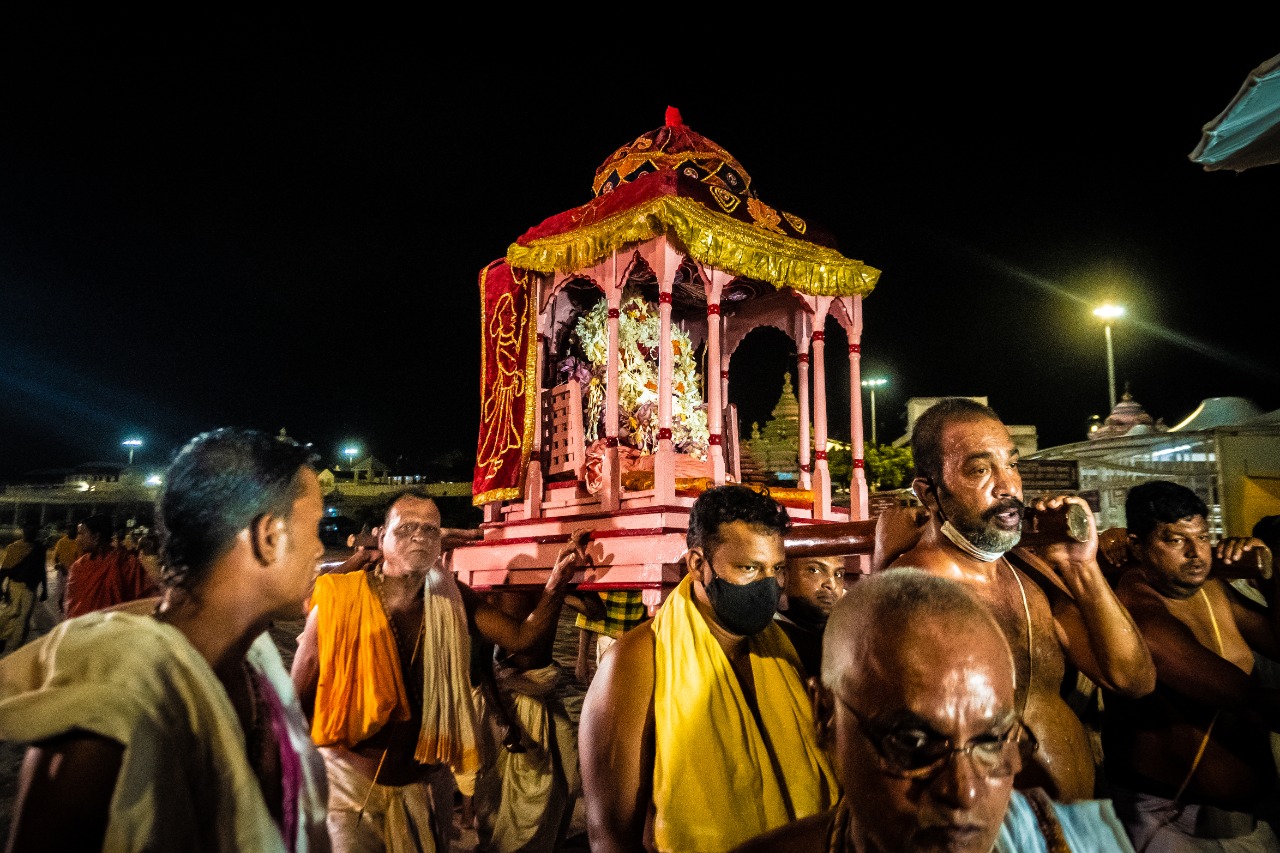 On the other hand, servitor Kumar Bhimsen, says, “Sri Jagannath and His consort Goddess Lakhmi are inseparable. That’s why Lakhmi is always worshipped by the side of the Lord. Like every wife, Goddess Lakhmi feels bad when Lord comes out of Srimandir for His annual sojourn along with siblings and His divine weapon Sudarshan.

On Hera Panchami, Goddess Lakshmi's palanquin is carried by servitors in a grand procession to the Gundicha temple. They halt Goddess Lakhmi's palanquin near Nandighosha chariot where the Pati Mahapatra servitors welcome Goddess Lakhmi with bandapana’. She is taken near the Jaya Bijaya Dwara and from the palanquin she throws the ‘Moha Churna’ given by Goddess Bimala upon her husband Lord Jagannath.

As Goddess Lakhmi finds it hard to have a smooth darshan of Lord Jagannath due to evening rituals of the deities, she gets angry and breaks a part of Nandhighosha while returning to Srimandir. Though the Goddess visits Gundicha temple in a grand procession, she is made to Srimandir via Gohiri Sahi route without much fuss.”