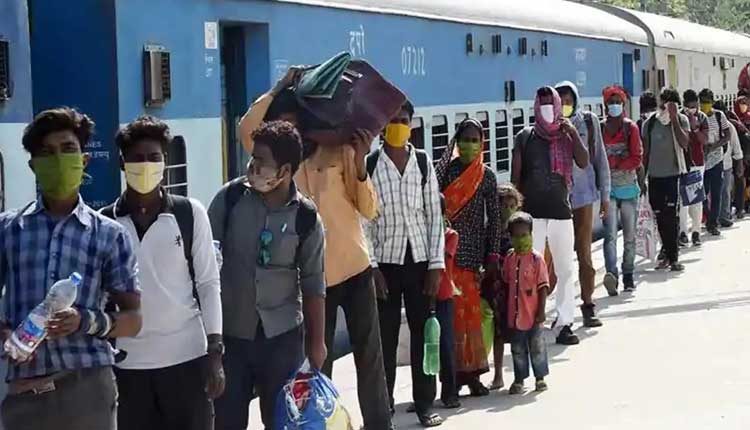 New Delhi: With no new demand for more Shramik Specials from the Delhi government, the operation of the trains from the capital city seems to have ended, officials said on Wednesday, adding that the trains will be run again if there is any fresh request.

“There is no demand for Shramik Special trains from the Delhi government as of now. There are no migrant trains scheduled from railway stations in Delhi. However, a train from Gurgaon to Odisha’s Balasore is scheduled today,” a railway official said.

No Shramik Special train has originated from the railway stations in Delhi since May 31, when only three trains were operated: Anand Vihar-Purnia, Anand Vihar-Bhagalpur and Hazrat Nizamuddin-Mahoba.

Railways have operated 242 Shramik Specials since May 1 to ferry migrant workers stranded in Delhi to their home states. While 111 of them terminated in Bihar, 101 terminated in Uttar Pradesh.

Around 3 lakh migrants were transported to their home states on these trains.

The Delhi government had launched a portal for migrant workers to register themselves to avail these services by entering their name, address, government ID number, name of destination state, district and nearest railway stations, among others.

The district magistrates and Delhi police officials had been tasked with creating a database of such people in their respective areas of jurisdiction.

The Delhi government last week urged migrants to not leave for their homes, assuring them that there are adequate arrangements in the city for food and shelter.

Thousands of migrant workers had started walking for home after a lockdown was announced on March 25, many trekking hundreds of kilometres without food and water.

On May 1, the government permitted Railways to run Shramik Special trains to ferry only migrant workers with the consent of their home states as well as the states they worked in.

Since then, more than 58 lakh workers have been transported home in 4,197 trains till the morning of June 3.