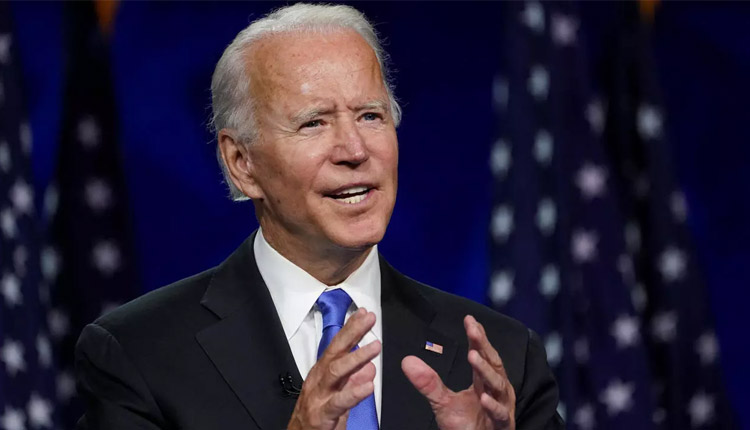 Washington: Four years after he left the Beltway for his hometown in Delaware, Joe Biden returned to Washington DC a day before his swearing-in as the 46th President of the United States on Wednesday with the message of unity and the enormous task of healing a bitterly divided country.

I am honoured to be your next President and Commander in Chief, Biden, 78, told his fellow Delawarians before boarding a private plane for Joint Air Force Base Andrews on his way to Washington DC. I will always be a proud son of the state of Delaware, he said.

In public life for nearly five decades ever since he was elected as the youngest United States Senator from Delaware in 1973, Biden noted that history is in the making as he will be sworn in as the President and Indian-origin Kamala Harris as the Vice President.

My family and I, about to return again to Washington, to meet a Black woman of South Asian descent, to be sworn in as President and Vice President of the United States, Biden said.

Harris, 56, will be the first ever woman Vice President and also the first African American and India-origin person to occupy the second most powerful position in the US.

During his short speech, Biden became emotional with tears rolling down his face. “This is kind of emotional,” Biden said as we wiped a tear from his eye. “It’s deeply personal that our journey to Washington starts here,” he said, talking about the national guard building named after his son Beau.

Biden said that 12 years ago Barack Obama, a Black man, greeted him at the train platform before he became his Vice President, and now he departs to “meet a Black woman of South Asian descent” to become President and Vice President.

He was accompanying the incoming First Lady Jill Biden, several grandchildren and family members, as well as son Hunter Biden who was holding his baby Beau. From there he drove down to the National Mall where he visited a memorial to COVID deaths at the reflecting pool in front of the Lincoln Memorial. More than four lakh Americans have lost their lives in one year of the pandemic.

At the COVID-19 memorial, he was joined by his wife Jill, Vice President-elect Harris, and the incoming Second Gentlemen Douglas Emhoff. He was also joined by Cardinal Wilton Gregory, Archbishop of Washington, who delivered the Invocation; Yolanda Adams, a nationally-recognized gospel singer who sang Hallelujah; and Lori Marie Key, with Saint Joseph Mercy Health System in Michigan who sang Amazing Grace.

Earlier, he thanked the residents of his home state Delaware. My fellow Delawareans, on behalf of the entire Biden family, we will never be able to fully express what you mean to us. In our family, the values we share, the character we strive for, the way we view the world it all comes from home, from Delaware, Biden said before he departed from his hometown for the national capital.

The state that gave my mother and father a home and a livelihood when they needed it the most. The state that made my brothers and sister and I understand that we could do whatever we dreamed. That gave me a chance when I was just a kid, and elected me and believed in me ever since, he said.