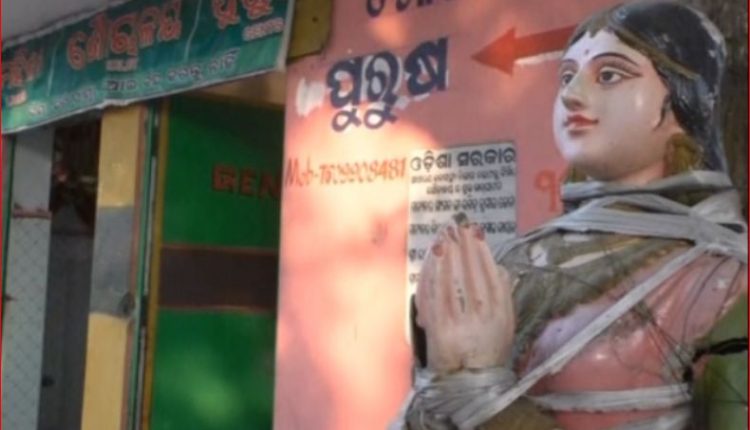 Balasore: When we think of a public toilet, the first thing that strikes mind of people is unhygienic. But, what makes a public toilet near Gundicha temple in Balasore’s Nilagiri to stand out from others is the toils of a good Samaritan named Narendra Pradhan.

Once with a dream of making name in the glitz and glamour industry during stint as a comedian in the Odia jatras, Narendra has now dedicated his life towards looking after a public toilet without any wage from the government.

On his inimitable passion for cleanliness, a visibly amused Narendra says that his only aim now is to be a part in making a swachh Odisha and clean Nilagiri because it is what is next to godliness.

Users whoever once used the toilet maintained by Narendra especially the devotees who throng the nearby Nilagiri Gundicha Temple say that it is an experience full of awe because of its aesthetic beauty all thanks to colourful lights, flowers, installation of a television, fans and music system.

“I think this toilet is first of a kind in whole India. It has a TV, music system, fans making it different from others. Whenever a tourist uses it, s/he brings two-three others to showcase the unique toilet,” said Pitambara Patra, a local resident.

“I was amazed to see the cleanliness and arrangements at the toilet. So far, this is best public toilet I have ever used,” said Umamani Behera, a tourist.

After quitting the jatra pandals due to health issues, Narendra has opted this toilet as his workplace, surprisingly without any salary from the government. Though, he gets a minimal Rs 1200 per month towards pension, but nothing has distracted from his dream to see a swachh Nilagiri.

Videos of Narendra and the toilet posted in social media by netizens have earned him the name Odisha’s Toilet Man making many others call him a true ambassador of the visionary Swachh Bharat Mission.

“Starting from sanitiser to hand wash everything is available in that toilet. I want people maintain such cleanliness in their toilets at home as well. Even people are saying I am cursed that is why I am cleaning the toilet, but I believe that I am serving the god as I am serving the mankind,” says Narendra.