Bhubaneswar: Even as the pandemic induced lockdowns and night curfews had a big impact in bringing down the number of mishaps on-road and the consequent fatalities in Odisha, the count of persons killed in the State in the year 2020 was hardly anything that could be termed as comfortable.

Sample this. When 16 lives were lost per day in 2019, the toll in the first 7-months (April – July) of the year 2020 was 11 per day. Significantly, nearly 4 of the 7-month period had been the months under coronavirus restrictions like lockdowns and night curfews.

Therefore, the real story has been that despite the strict implementation of the new Motor Vehicles Act in the State, the first two months of the year 2020 (January – February) had recorded almost the 2019 toll rate of 16 per day. With a total of 980 fatalities during the first two months of the year 2020, the period had a share of around 41 per cent of the total road mishap deaths in the State.

Meanwhile, the provisional data available with the State Transport Department puts the number of road accidents last year in the State at around 9,500 as against 11,064 in 2019. And rural areas account for over 70 per cent of the mishaps, whereas in fatalities, the share of rural areas stood at 76 per cent of total road mishap fatalities. 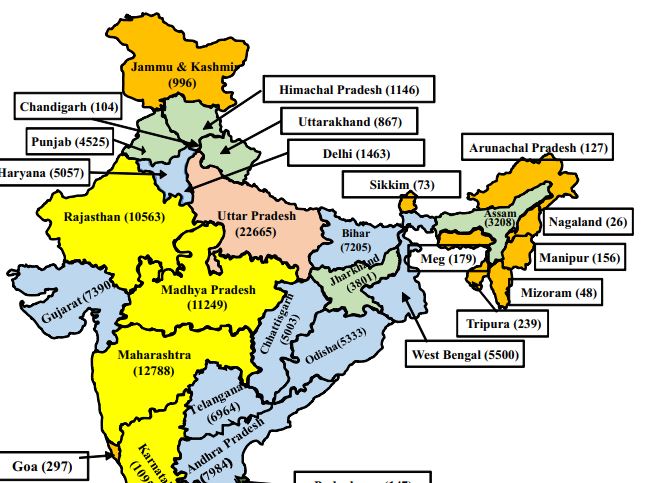 While in the mishap count, Odisha had been ranked 15th in the country, in the fatalities on road the State was ranked at 12th.

The lethal fact: Odisha ranked at 5th among the major states in the indicator of a number of accidents on the road that turned fatal. In Odisha, for every 100 accidents, around 44 turned fatal in 2019. The dubious list is led by Bihar and is followed by states like Punjab, Jharkhand and Uttar Pradesh.

The worrying home-truth is the number of fatal accidents in the State had clocked a 20 per cent rise for the period of 2016-2019.

As per the State Transport Department report, the Sambalpur – Sohela stretch of National Highway -53 has been identified as the biggest killer stretch in Odisha.  Over 13 die every 10 km on this NH-53 section. The NH-316 section of Bhubaneswar – Puri follows with 12 deaths every 10 km.

Even as the NH section between Jaleswar and Ichhapurm sees 11 deaths per 10 km, but this stretch bears the highest burden of road fatality in absolute numbers. On an average, this NH stretch witnessed 521 deaths a year. It is followed by stretches of Manguli – Sambalpur and Bhubaneswar – Puri.

In the given context, when the Union Surface Transport Minister Nitin Gadkari has set an ambitious target of cutting the road accidents, and the resultant fatalities, by 50 per cent before 2025, can Odisha meet the Gadkari challenge?

As per the former member of National Road Safety Council and also a member of All India Road Safety Programme constituted by the Central government, Maqbool Ali, in order to meet the challenge, the Odisha government has to bank highly on technology and re-engineering of the roads.

“Since Odisha has one traffic cop for every 10-12k people, the State government has to go for smart traffic management. It has to install CCTV led traffic monitoring in high vehicular density areas, in order to track and nail the violators of traffic guidelines like over-speeding, overloading, signal jumping and wrong side driving etc.,” outlined Ali.

Besides, he emphasised on initiating structural improvement to the road networks in the State. For instance, he explained how the T-junctions need to be re-engineered to curb the high order of fatalities in such road structures.

“In the current T-junctions, the tail road merges abruptly with the top road. There is a need to run a 50-meter parallel road to the demerging road, in order to avoid road accidents,” he explained.

THE BUMPS IN ODISHA

While straight roads in the State constitute around 54 per cent of the total mishaps, the T-junctions account for another 11 per cent. The toll in curved roads stood at 1016 or 19 per cent of total road fatalities. 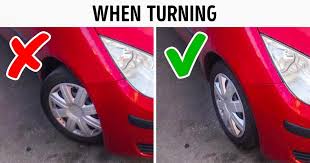 Odisha can meet the challenge provided the State government focus on enforcing traffic norm benchmarks and road re-engineering. The road data is evidence to it.

Fatalities on the straight road account for nearly 54 per cent (2,866) of the total road deaths in the State, which is attributed to over speeding, drunken driving and non-adherence to other traffic norms.

And the T-junctions contribute another 11 per cent (548 deaths). See the image of T-junction and how it is prone to accidents. 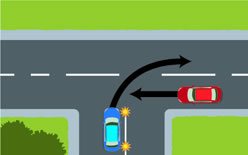 It seems junctions have emerged as the main contributor to the death toll on the roads in the State. Along with T-junction, Y and 4-road junctions killed another around 592 in 2019.

SEE THE IMAGES OF OTHER JUNCTIONS: how they are prone to accidents? 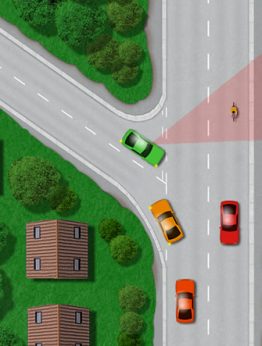 Due to the acute angle of the car (green coloured car) exiting the minor road and entering onto the major road, A-pillars (the two pillars either side of the windscreen) can often produce a blind spot. This blind spot as can be seen in the image can easily obscure a cyclist or motorcyclist.

How Strict Traffic norms must for 4-Junction? See the image below 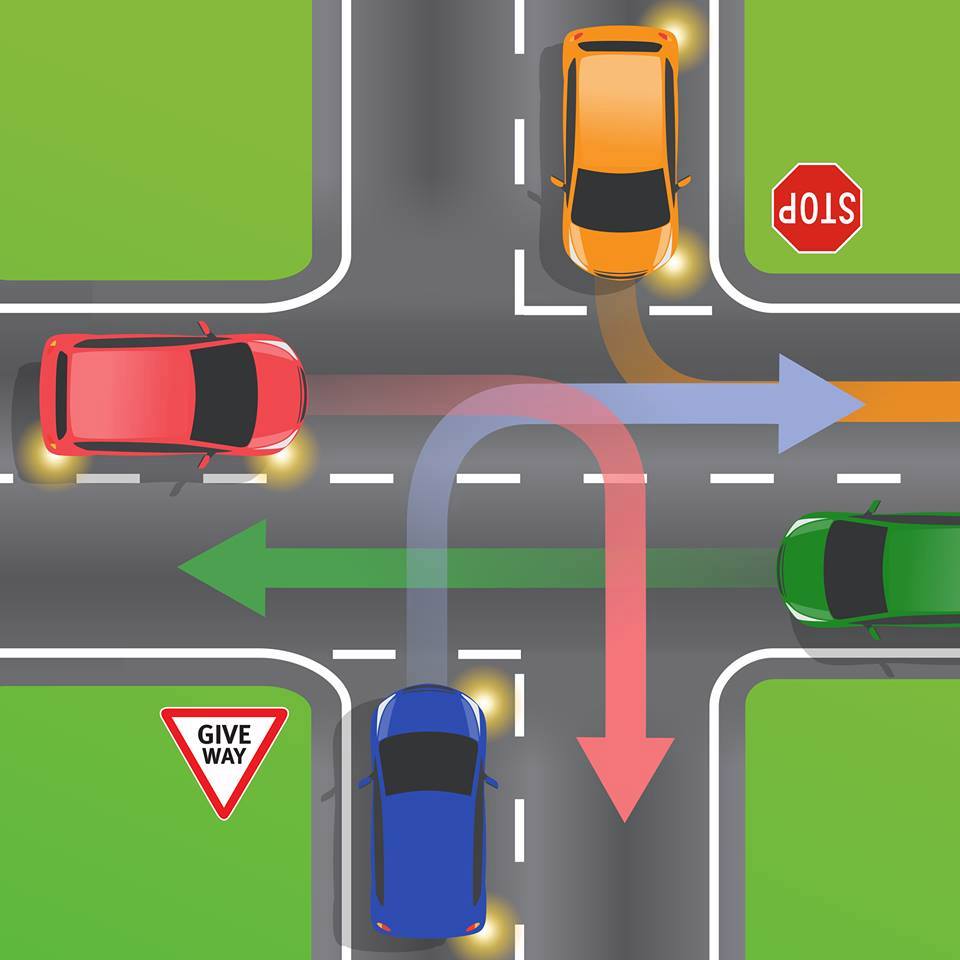