Organic Farming Is The Only Way Forward In Long Run: Odisha Farmers Show How 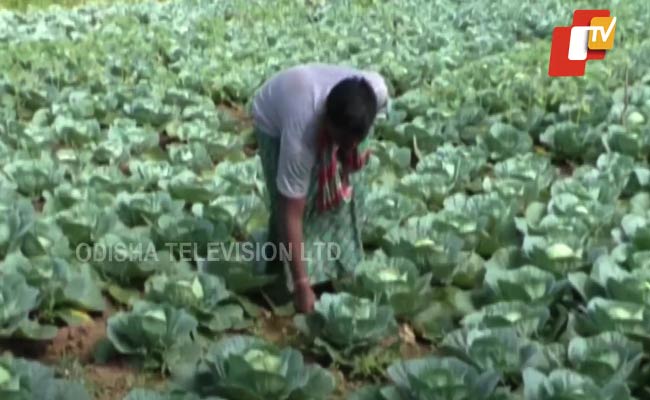 Gajapati: While mostly followed chemical intensive farming practices and increased dependency on mechanical solutions have turned out to be profitable for short-term prospects but the realisation of its adverse impacts in the long run seems to have stirred a more likeness towards organic approach in agriculture.

In Odisha, some farmers of Liligada and Merapalli panchayats under Mohana block of Gajapati district are now leading such a change to show how with its increased nutritional quality to even a better taste and from maintaining health of the soil to more earnings, organic farming is the only sustainable way forward.

From growing vegetables like- cabbage, cauliflower, tomato, coriander and onion in aplenty, the farmers have also cultivated sunflower, maize and millet with the use of only environment-friendly manures and not any chemical pesticides and fertilizers.

The farmers prepare manures by using animal wastes like cow dung, and composts with lemon and karanja leaves. They say that demand for organic grown products is more and the quality of yield is also better than the products grown using fertilizers.

Narrating about the conventional method of farming, a farmer Balaram Mallick said, “We use traditional agricultural equipment for ploughing our fields. We use only manures to grow crops and avoid application of chemical pesticides.”

“We initially practiced agriculture using chemicals but later, we thought of adopting organic farming which is in fact good for health as well as tastes better,” noted another farmer, Rabi Mallik.

Despite all this, the farmers seem to have a grief, the lack of water for irrigation and other purposes which have stood as a hindrance for good farming in the region. They believe that if they are provided with water facilities, they can yield more organic produce.

A farmer Bishnu Prasad Mahapatra narrated how he faced lot of difficulties in making his farmland agriculture worthy only because of scanty water supply for irrigation.

“We have cultivated around 5 acres of land but faced a lot of problem due to lack of irrigation facilities. If we are given proper facilities to water the field, it would boost our yield,” said Mahapatra.

Asked about the situation, Additional Agriculture Officer of Mohana, Bhabendra Murmu accepted the lack of water facilities in the region but he assured to take necessary steps from his end to alleviate the issues hitting the farming community in the block.

“There is shortage of water in Mohana block. Despite the hardship to avail water for irrigation, some people in the block have adopted organic farming. We will try to provide them with whatever facilities available with us.”