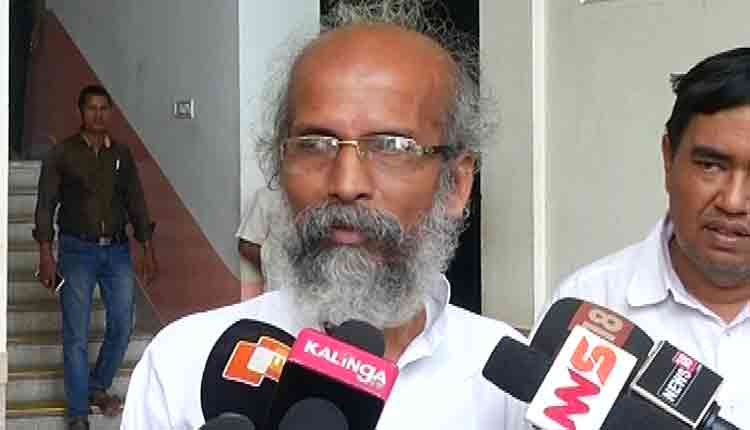 Bhubaneswar: Balasore MP and freshly minted minister of state in Modi cabinet, Pratap Sarangi is all over the media. While social media has been going gaga over his austere lifestyle with pictures of him coming out of a thatched house going viral sections of the mainstream media have sought to put him under the lens. There is intense of scrutiny of the cases pending against him and even an attempt to link him with the gruesome murder of Australian missionary, Graham Staines in 1999.

Hailed by his fans as Odisha’s Modi, the new Lok Sabha member from Balasore has always led a Spartan life. Social media images showing him clad in a crumpled kurta-pyjama and sporting a straggly beard are not contrived but real. Though attempts at his deification are ridiculous and certain to leave even him embarrassed there should also be no attempt to vilify him because a section of people don’t agree with his ideology.

Sarangi has often been described as a hardliner BJP leader who is close to RSS and some outfits propagating Hindutva. Nothing wrong with that. India being a democratic country everyone has a right to his opinion unless, of course, the person pursues his ideology in a fashion that it begins to impinge upon the freedom of others.

Sarangi has never done that. He is known to be a perfect gentleman but remains steadfast in his political beliefs. More importantly he is a self-made leader who has come up through the ranks. He did not get anything on a platter. He had to work hard for whatever he has achieved in life.

Any attempt to denigrate such a man is wrong. To be fair to Sarangi he has been very open about his public life and never made any attempt to hide any of the cases filed against him. One finds it ridiculous that his name is being dragged into the Graham Staines case years after the accused in the case were convicted and punished.

This is a glaring case of media bias. The media has been biased both for and against him. While one section has sought to eulogise him and put him on a pedestal another seems to be straining its every nerve to project him as a villain. The truth is that he is a simple man whose lifestyle has been praiseworthy but certainly does not quality for deification.

The best thing for the media to do would be to stop focussing on his personal life and instead pay attention to what he does as a minister. He is a first time minister who has to learn a lot from his seniors and then come up with his own plans and strategies to improve the performance of the ministries he has been tasked with.

This, of course, is not the first time that a leader in our country has been put under scrutiny by the media in such a manner. But the way Sarangi’s case has polarised public opinion is rare.

Pakistan bounce back with 14-run win over England