Odisha: Know Why Bhubaneswar Is The Hottest City In India This Month

Bhubaneswar to stay hotter till March 11. The mercury will cross 40 deg C in March first week. But this is not the new normal. The Capital City of Odisha recorded an all time highest of 42deg C as early as Feb 22 in 1963 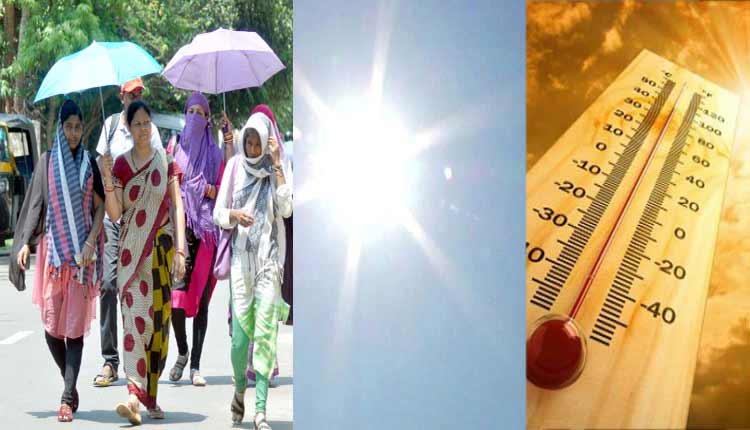 Bhubaneswar: For the Capital city of Odisha, there seem no days of respite from the hotter climes for at least 13 more days. The mercury is even predicted to touch the 40 degrees Celsius mark in March first week.

But the saving grace for the smart city denizens is the climes, despite hotter, are less humid which has prevented the temple town from getting converted into an oven.

As per forecasts by lead Met agencies like IMD, ECMWF and Accu Weather, the Capital city of Odisha will be on the boil and the maximum day time temperature is predicted to remain at around 39 deg C till the end of February.

The month of March will see mercury making a little retreat in the Capital city, though the maximum day time temperature is predicted to hover at around 38 deg C.

However, the long-range model forecast for Bhubaneswar shows that the maximum day time temperature in the temple town will cross the 40 deg C mark by the next Sunday (March 7).

SO GRUELLING DAYS AHEAD?

As per long-range model forecasts by IMD and other lead International weather forecasters, the first week of March will be gruelling for Bhubaneswar, as the relative humidity level in the city is set to rise in the first week of the coming month.

However, the unanimous forecast is when heatwave like conditions will be gripping the western parts of Odisha from March 19 onwards, the maximum day time temperature in the Capital City will come down to around 35-36 deg C. If the prediction turns true, then the City’s day time temperature will be hovering between 35-36 deg C till the first week of April.

IS MERCURY TOUCHING A NEW NORMAL?

Even as the recordings of mercury in Bhubaneswar this year has been abnormal, the fact is this is not new normal for the temple city.

As per the data available with IMD Bhubaneswar, such an abnormal rise in mercury has been recorded over the years in past too.

The all-time high-temperature was recorded as early as on February 22, 1963, when the mercury climbed to over 42 deg C. And in recent years, the maximum day temperature touched 40 deg C on Feb 28, 2016.

The climatology of February last week shows that while the normal maximum day time temperature observed had been around 33 deg C, last year the temperature had been hovering at around 26-27 deg C, reveals the data with IMD Bhubaneswar.

“The rise in maximum day time temperature in the City has no single factor. A multitude of factors are behind the heating up of the surface air temperature,” observed IMD, Bhubaneswar Director HR Biswas.

“A high-pressure zone extending up to Jharkhand and West Bengal exists over Bhubaneswar. Due the presence of high zone, the air parcels sink downward (towards Earth’s surface), and as a result adiabatic warming takes place. Moreover, factors like solar radiation (Insolation) and lighter wind adds up the heat. These phenomenon together are behind the rise in city temperature to around 40 deg C,” explained Dr Biswas.

He, however, added that despite high temperature in the city, there is no discomfort level, because the relative humidity is below 50 per cent.

WHAT IS INSOLATION, ADIABATIC WARMING?

INSOLATION: It is the amount of radiation of the Sun that reaches Earth. And if the amount is higher, the mercury will move up.

ADIABATIC WARMING: When an air parcel moves into a high zone, the air gets compressed, which leads to a higher temperature (in common man parlance the pressure cooker technology).

WHY BHUBANESWAR FACES THE HEAT?

Since insolation is dependent on factors like the angle of incidence of Sun’s rays and transparency in the atmosphere, as per local Met director HR Biswas, Bhubaneswar faces the heat because the atmosphere has no water vapour and the sky is clear –  which is responsible for city receiving the maximum solar insolation.

Moreover, as the climatology record of Bhubaneswar shows such abnormal temperature as early as 1963, the angle of incidence of Sun’s rays over Bhubaneswar has also a role to play. Due to the natural topography of the City, the Sun rays are falling almost vertical in this part of the year (Feb – April) leading to the recording of higher temperature, provided favourable conditions (like this year) exists, observe experts.

Laid-Off ANM Workers Will Be Reappointed Based On Their Qualifications: Odisha Health Minister