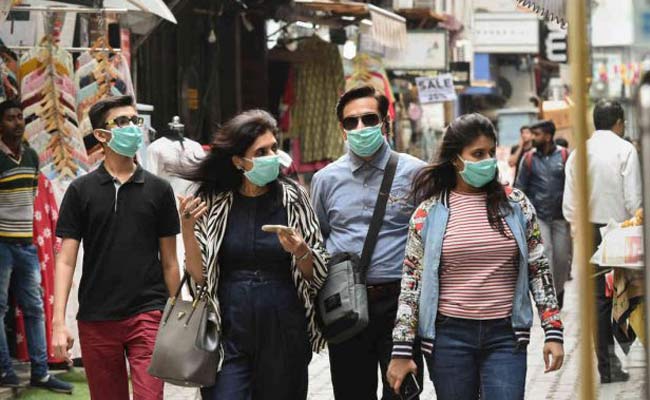 Life during lockdown is debatably the new living order. Officially, the nationwide lockdown is still on and will remain in force for 10 days more. But if you are out on the streets, you don’t quite realise it. Lockdown 4.0 is only a shadow of Lockdown 1.0 imposed on March 24 midnight.

It’s ALMOST business as usual. Empty roads are now well and truly a thing of the past. Though they are not yet choc-a-bloc with vehicles as in the pre-lockdown days, their numbers are increasing with each passing day. With restrictions on intra-state movement of vehicles now all but lifted, the traffic on the road is all set to increase in the days ahead. Traffic lights, which remained suspended for a good six weeks or so, have started functioning again. Barricades on the roads, put up to restrict the movement of vehicles, have started disappearing one by one.

Closed for weeks on end, most shops have started opening again – though malls and multiplexes still remain shut. Business is slowly but surely limping back to normal, though the 7 pm to 7 am ‘curfew’ has ensured that it would be sometime before full normalcy is restored. Instead of a handful of people as seen during the first three phases of lockdown, the streets, shops and markets are now bustling with people once again. Just about the only visible difference is the ubiquitous mask on the faces of most people out on the streets. [It is another matter that the vast majority of people wear it in a way that defeats the very purpose of wearing a mask!]

This is as it should be. Life cannot come to a standstill for months on end just because there is a tiny virus on the rampage looking for vulnerable human bodies to settle in. With most experts resigned to the fact that COVID-19 has ‘come to stay’ and no vaccine in sight in the foreseeable future, life had to begin returning to track at some stage – with adequate precautions and some unavoidable restrictions, of course. Large religious or social gatherings, for example, have to remain banned for some more time. And so do malls, multiplexes and other places where a large number of people congregate. But as the decision to start limited air and rail services even before Lockdown 4.0 is over shows, the Central government is now reconciled to the fact India – and the world at large – has to learn to live with Coronavirus. For example, Sweden, which has stubbornly refused to enforce a nationwide lockdown, has not done too badly when compared to some European nations which have. And an indefinite state of lockdown is particularly untenable in a county like India where the vast majority of people work in the unorganised sector and earn their living on a daily basis. In any case, if two months of lockdown has failed to drive the point home, it is highly unlikely that another fortnight or even a month will achieve the purpose. The Odisha government too appears to have recognised this ground reality when it lifted restrictions on most economic activities and mandated full attendance in its offices after the announcement of Lockdown 5.0.

The latest thinking of the medical fraternity suggests that large scale infection is not such a terrible thing after all! As Dr Jayant Panda, technical spokesperson for the state Health department said today, large scale infection is actually ‘necessary’ to develop herd/community immunity, which would be the only guarantee against the deadly virus in the long run – after the vaccine, that it. Hence, he advised people not to panic at the burgeoning number of cases in the state (which, he said, is likely to touch 10, 000 by June). Since we know precious little about the virus and how to fight it, we have little choice but to trust the wisdom of the experts.

What all of it boils down to is this: we have to learn to live with Corona, just as we have learnt to live with, say, HIV. And God save those who refuse to take the required precautions!

‘Lockdown’ Isn’t Such A Terrible Thing After All!

COVID-19 Updates From Around The World Today