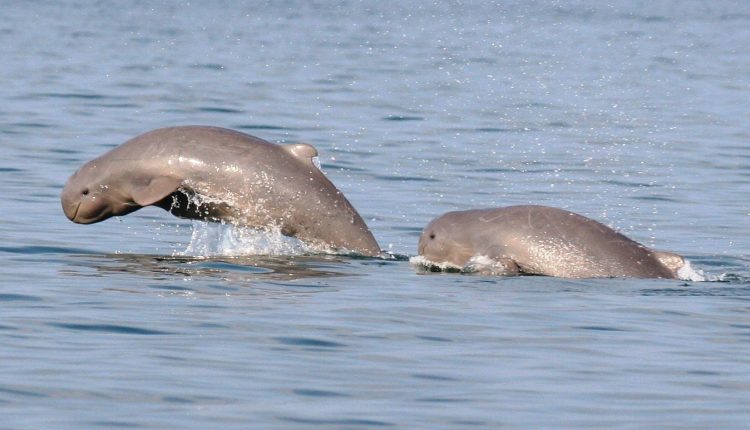 Bhubaneswar: The endangered Irrawaddy dolphins of Chilika, Asia’s largest brackish water lake, appear to be colonising newer areas of the lagoon. This is great news not only for dolphin lovers but also for environmentalists who have been expressing concern over the decline in the lake’s eco-system, particularly with reference to the rampant prawn culture.

As many as 146 dolphins were sighted in Chilika during the recent census ) with the estimation being pegged in the range of 133 to 172. Top officials of the Chilika Development Authority (CDA), the body tasked with conservation and improvement of the lake, maintain that while census figures indicate that the population of these human-friendly mammals in the lake is stabilising in the upwards of 150 they are colonising new areas in the central and southern sector of Chilika where they were not seen before.

The dolphins, according to the latest information, are now sighted in different sectors of the lake including areas near Kalijai and Rambha which shows that removal of obstructions in the lake has helped their migration. Chilika is among the largest habitats of this species in the world. These slow swimming mammals which got their name after being sighted first in Myanmar’s Irrawaddy river in Myanmar are categorised as Schedule-I animal under the Wildlife Protection Act, 1972.

The latest findings indicate that the conservation efforts of CDA have begun to bear fruits. Among the most important steps taken by the authority have been proper habitat management and formulation and implementation of a dolphin watching protocol in the lake. Tourist boat operators have been sensitized properly to ensure that they should not take their craft uncomfortably close to the areas populated by the dolphins which are extremely sensitive and slow breeders.

Chilika had become notorious for the chaotic operation of tourist boats with hundreds of them churning the lake waters daily. Laden with camera-wielding tourists they often tried to get as close to the dolphins as possible, in the process causing tremendous anxiety to these mammals. High levels of anxiety is likely to affect the breeding cycle of this species.

While this has been controlled to a great extent thanks to CDA’s efforts at sensitizing boat operators the administration has played a major role in improving Chilika’s eco-system by stepping up the drive to demolish illegal prawn gherries in the lake. The drive against prawn farming has been a long drawn battle for the administration which was supported by traditional fisherfolk but faced opposition from the cash-rich prawn mafia.

Over the years Chilika has seen several incidents of violence over prawn culture because big money is involved. There have been allegations of politicians and bureaucrats having a stake in illegal prawn culture which flourished despite occasional drives against it. However, things appear to have changed during the last one year with the administrations of three districts—Puri, Ganjam and Khurda—taking determined steps to curb this culture which has been adversely impacting the ecology of the lake. They need to intensify their drive to make Chilika a safe habitat for species like dolphins.