Even as Odisha continues to face a possible drought threat due to acute rainfall deficiency this monsoon season, the situation has catapulted a serious drying up of reservoirs in the State.

Reservoirs Drying In Odisha This Monsoon (Visuals From Machhakund Dam)

7 killed, over 2L hit in pre-monsoon flood in Assam

Even as Odisha continues to face a possible drought threat due to acute rainfall deficiency this monsoon season, the situation has catapulted a serious drying up of reservoirs in the State.

As of August 26, the State has recorded just 598.6 mm of average rainfall in the season running up from June 1 which counts up to a whopping 31% deficit in precipitation. It becomes even more precarious as weather models suggest that the remaining days of August also do not bode well for the rainfall forecast of the State so more dry days ahead.

The drastic shortage of rainfall has not only hit farming activities in non-irrigated lands but also regions with ample irrigation facilities. It is because of plummeting water level in major irrigation-feeding reservoirs and barrages in the State like Hirakud, Rengali, Kolab, Balimela, Indravati.

Take a look at the Jalaput dam of the Machhakund hydroelectricity project in Koraput. Locals of the region exclaim that they have never witnessed such a water crisis in the last seven decades. As per data available from the dam authorities, the water level in the reservoir has dipped by a shocking 23 feet this year.

Jogeswar Khembundu, a farmer of Koraput expressed his anxiety over the possible drought in the region. "Not only farmers but the common man at large is worried if such a situation arises. We don't know what to do," he said. 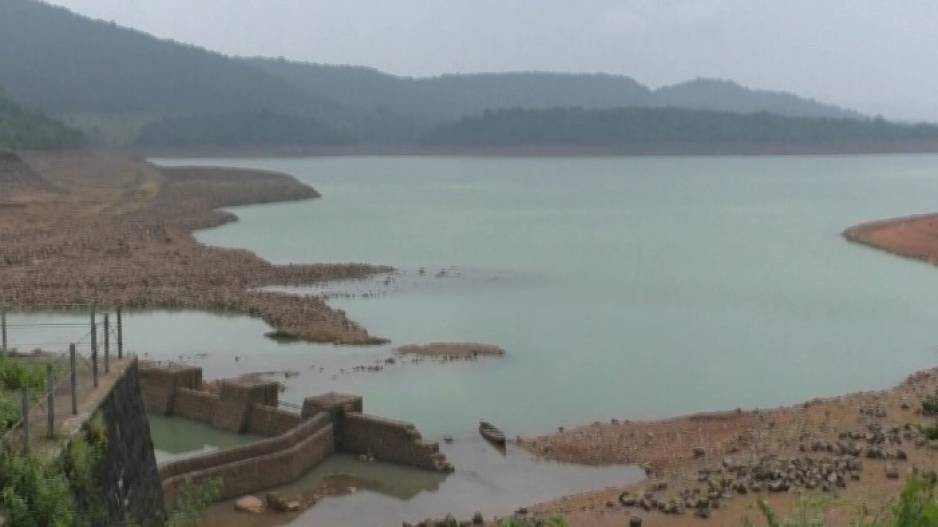 Similarly, the water level in Kolab dam has also reduced to 847 metre from 858 metre. Dam Executive Engineer Shakti Samanta Bhuyan said the situation might turn critical if the rainfall deficit does not overturn with some good spells of precipitation in the coming days.

Surprisingly, the largest of them all, the Hirakud Dam has also not been spared by the anger of the rain gods this season. According to the authorities of the dam, the water level in the world's longest reservoir has continuously declined by 3 to 4 feet in the last 10 days between August 14 and 24.

Looking at another example of the dam in Bhanjanagar area of Ganjam district, it becomes clear that drought bells have started to ring in the State. Residents of the region are now worried because of the discernible effects of a virtually 'rainless-monsoon'.

The temple of Biswanath Mahadev, which submerged in the reservoir ever since the dam was built during the British era to ward off the water crisis, can now be easily seen in the middle of the barrage due to the visibility of the pinnacle of the inundated shrine above the water level.

The rare spectacle has caused widespread concerns among the people of the area who now fear that drought is imminent. 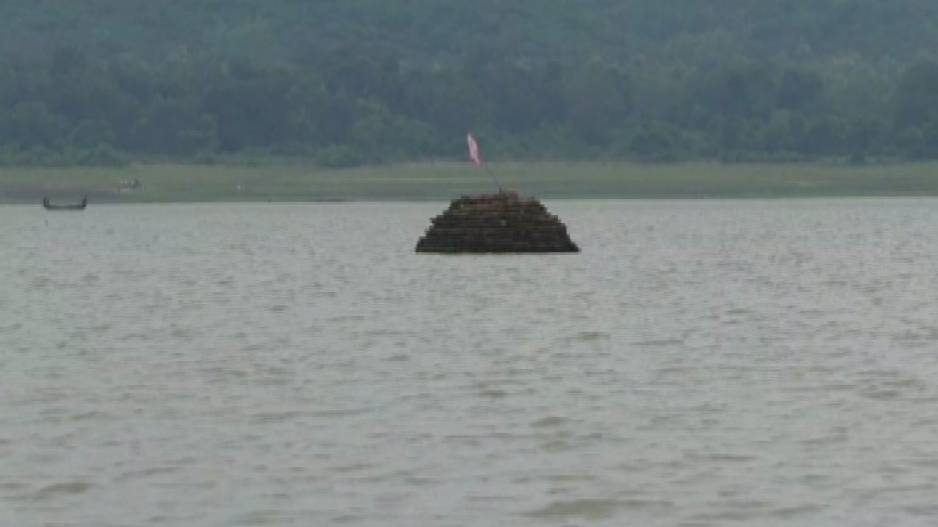 Barrage In Bhanjanagar Drying Up Due To Less Rainfall

Gopal Chandra Sethi, Executive Engineer, Irrigation department, Bhanjanagar also accepted the water crisis situation in the region. "This season, we have received less rainfall due to which water shortage situation has erupted in the barrage. We will wait and watch for some more days because Monsoon is still active," said Sethi.

As per the analysis of the State government, Odisha has received around 50% less rainfall than the normal in the month of August alone, the period of the peak monsoon season which generally exhibits the maximum amount of precipitation.