Deprive Of Old Age Pension, 92-YO Man ‘Forced’ To Visit Bank On Trolley For KYC Updation

Deprive Of Old Age Pension, 92-YO Man ‘Forced’ To Visit Bank On Trolley

They say rules make life easier and comfortable but sometimes, it takes a toll on human lives too. A case in point is the recent incident from Bishnupur panchayat of Odisha's Bhadrak district where a 92-year-old man had to visit bank for KYC updation to get his old age pension amount.

As per reports, Manjulata Jena, the only daughter of the elderly man visited the bank to enquire about the pension amount after her father (the beneficiary) failed to get the money for two consecutive months. The bank staff had then told her to bring her father to the branch. Though she requested them that her father was not in a position to visit the bank, she was allegedly told that the money could not be disbursed without the KYC updation and it needs the presence of the beneficiary.

Left with no other choice, Manjulata had to bring her father to the Nalanga branch of the bank, which was located at a distance of around 5 km, on a trolley with the help of her husband.

"Earlier, the government was giving the pension amount directly but now, it is being sent to bank accounts. Bank staff told me that we can't get the pension money without KYC updation. Though we visited the bank with all the necessary documents, they forced us to bring my father to the bank," said Manjulata Jena.

Many beneficiaries of the old age pension scheme are facing same problem. They are deprived of what they deserve due to the apathy and negligence of banks, alleged a local. "The government should look into the matter so that these people in their old age won't suffer, at least by banks," he added. 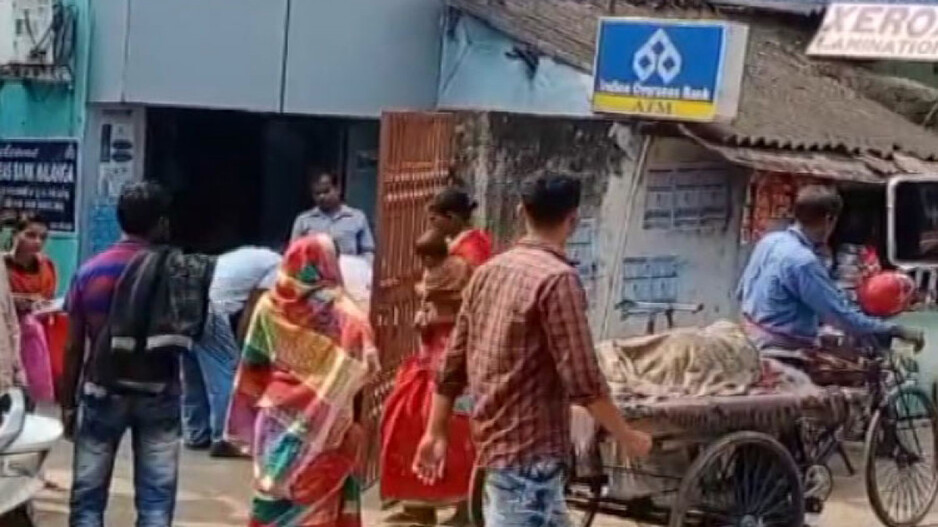 Responding to the allegations, the said bank staff Sankarshan Mishra said, "I had told them that I will fill up the KYC form but they had to give thumb impression in presence of the officer. Had they given an application to the bank manager, I would have visited their home after getting instructions from the BM."

However, the BM could not be contacted to comment on the allegations levelled against the bank staff.