During the much-watched BJD political show in Kalahandi, CM Naveen Patnaik raised his eyebrows more than half a dozen times. He wrung his hands and downed head during Minister Mishra's public speech

Even as the Kalahandi tour of CM Naveen Patnaik was to launch the BSKY health cards, there is clear political messaging by the core BJD strategists.

From Mayurbhanj, where the Odisha Home Minister was not onboard with CM Naveen Patnaik, to Kalahandi where the Minister sat to the right side end of CM Patnaik, the BJD war room boys deliver the message - status quo is not sacred.

However, political observers read the BJD political show in Kalahandi by what was once said by the former US President Franklin Roosevelt.

Roosevelt had said, "In Politics, everything is planned." Moreover, CM Naveen Patnaik's body language when his Home Minister was holding the podium, tells the real tale, said observers.

As per the sitting arrangements on the dais, MoS (Home) has been seated to the right of CM Naveen Patnaik. On the face of it, the BJD core strategists tried to send the message that the Junagarh legislator is the right-hand man of CM, but, as per political observers, this is a 'left-hand compliment' to the controversial Minister.

"Since the CM will come to the stage from the left side, in order to avoid direct eye-contact, MoS (Home) was made to sit on CM Patnaik's right side," interpreted a senior political observer and further added that some of the body languages of CM Patnaik adds more to the saga of Mamita murder and Opposition's high decibel protest.

During the much-watched BJD political show in Kalahandi, CM Naveen Patnaik raised his eyebrows more than half a dozen times.

As per political observers, CM Patnaik raised his eyebrows twice during the address of Odisha Health Minister Naba Das and once when the WCD Minister Tukuni Sahu spoke.

However, Chief Minister raised his eyebrows (see the main images) thrice when MoS (Home) Dibya Shankar Mishra, who has been hit by Mamita Meher controversy, was addressing the government programme.

At a point in time, when MoS (Home) in his address eulogised and explained the 5T principle of the Naveen Patnaik government, CM Patnaik's eyebrows stood raised.

Similarly, when Minister Dibya Shankar Mishra addressed CM Patnaik as "our beloved leader", the eyebrows of CM did rise again.

Most significantly, as per political observers, when the Junagarh legislator again addressed CM Patnaik as "beloved leader", the Chief Minister who has been listening to the address with his head up, quickly downed his head.

CM Patnaik did raise eyebrows thrice before MoS (Home) Mishra's public speech. The instances are given below. 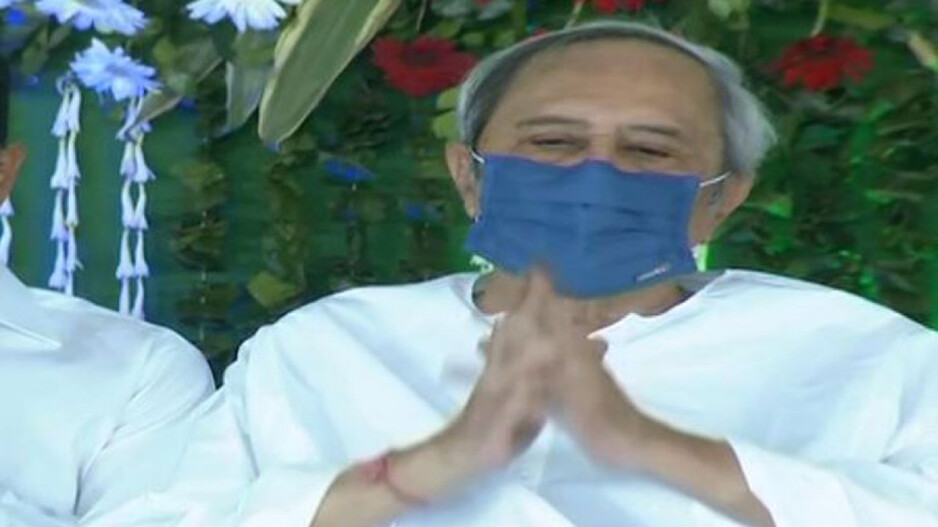 But the difference, as per observers, is, not only did CM raise eyebrows during most part of minister Mishra's public speech, Patnaik was seen wringing his hands, and once downed his head.

What does CM's Body Language Say?

As per body language parameters, 'wringing' of hands show signs of a feeling of discomfort in CM Patnaik.

Similarly, the downing of the head reveals the indication of CM's disinterest over the eulogies showered by the Minister.

And the raising of eyebrows, express CM Patnaik's disapproval of the statements made by his cabinet colleagues.

The government programme of distributing BSKY health cards saw a lot of significant mentions in ministers' public speech -ranging from hunger, malnutrition, Bijli, Sadak, Pani, farmers, green revolution to SHG and mission Shakti, but the missing story in public addresses of ministers - from Finance, Health, Home to Women and Child Development- has been women security and safety.

This surprised political observers when the region has been agitated over the sensational murder of young school teacher Mamita Meher.

In the Kalahandi BJD programme today, the BJD hierarchy was to the fore when every minister on the stage thanked 5T secretary VK Pandian.

Even, the CM's eyebrows did see a rise when State Health Minister Naba Das said Goddess Manikeswari's blessings are also with the 5T Secretary.

As per political observers, the fissures in BJD over Mamita Murder can be clearly read from the expressions of CM Naveen Patnaik. But the grand show organised today was to deliver a message to the rank and file before the Panchayat poll showdown.