As per Assocham report, 85 percent of people from Odisha incur out-of-pocket expenditure for NCD treatment in comparison to the national average of 81 percent

A health catastrophe awaits Odisha. Unsound food habits and poorest per capita income have stirred up a lethal combo that had made the State sit on an epidemic bomb. The State looks more vulnerable to Covid-19 like attacks.

The study has measured the prevalence of key NCDs in Odisha at 27.19 percent vis-a-vis national average of 11.63 percent. Given that key NCDs like hypertension, diabetes, respiratory diseases, brain disorders and digestives diseases make one vulnerable to Covid-19 attack, the State need to initiate strategies to put the clock back.

Data from the first and second waves shows that nearly 90 percent of Covid-19 deaths in Odisha were due to diabetes, hypertension or both.

When over 9 in every 100 in Odisha have hypertension, the count nationally stands at around 3.6.  Similarly, in comparison to 15 in every 100 here who have been afflicted by gastric diseases, the national average has been a mere 3.19 percent.

Name any non-communicable disease. In the prevalence chart, Odisha stands the tallest in the country. Read the table given below. 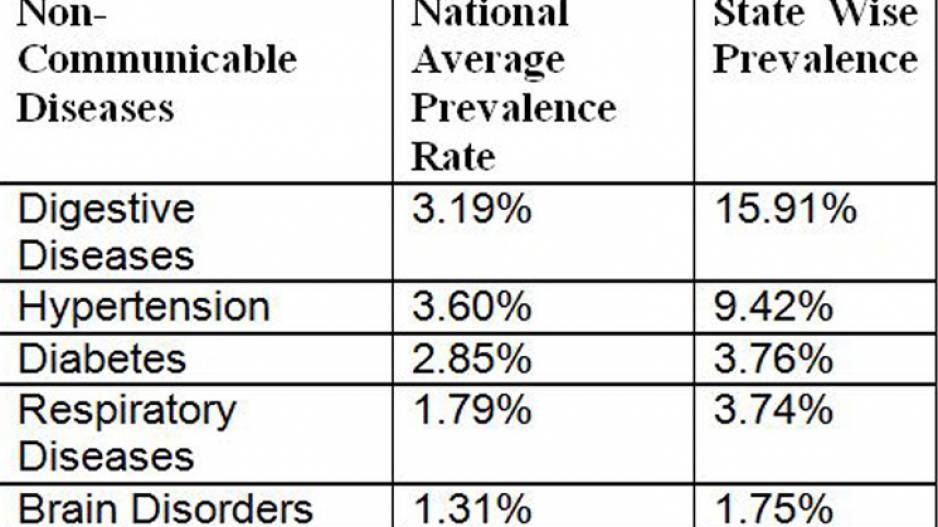 Since it has been medically proved that co-morbid conditions make an individual prone to Covid-19 attack, the high order of NCD prevalence comes as a shocker for the State.

The report finds that Odisha has a higher level of non-vegetarian food consumption in the country. When affinity for aquatic non-veg items is higher, it is moderate for red meat.

As per the study, 91.6 percent of the respondents in the State reported consuming non-vegetarian food vis-a-vis the national average of around 65.6 percent.

The survey report that was launched by Assocham as a part of its 'Illness to Wellness" campaign, has completely linked the high incidence of non-vegetarian food habits to the high NCD prevalence in Odisha.

It's only recently a University of Chicago's report on the level of air pollution in India revealed that when Delhi's air has PM 2.5 level at 67, the figure for Odisha is measured at 65.5. Moreover, when Delhites lose 5.6 years of their life expectancy due to polluted air, their counterparts here lose 5.4 years.

In the given context,  the Assocham report observed that people in Odisha comparatively has a higher exposure to air pollution vis-a-vis their national counterparts.

Considering the scenario prevailing in Odisha, the report observed that the above factors have implications on the occurrence of higher prevalence of NCDs like digestive diseases, hypertension, and diabetes in the State. (Read the detailed table of risk factors given below). 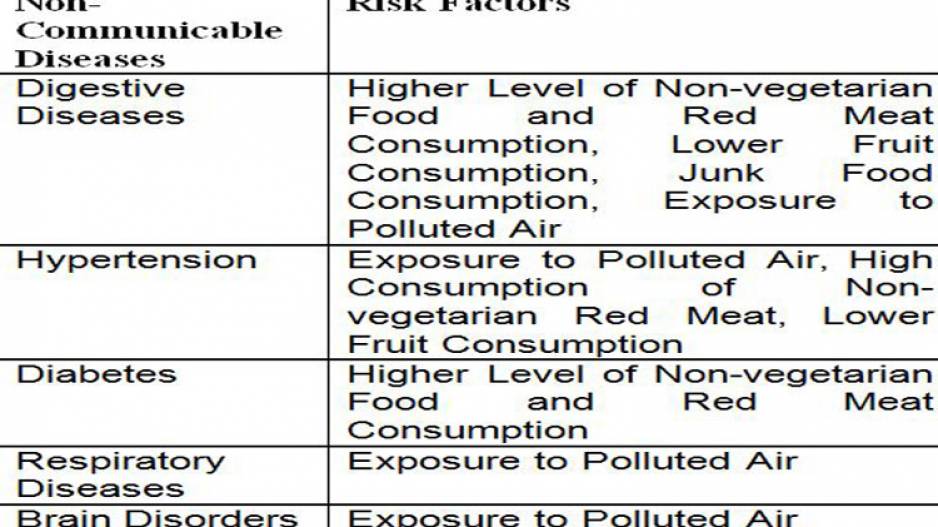 Detailing why Odisha is on the line of epidemic fire, the report highlighted that lack of propensity to spend on health care in the State has emerged as a big factor behind the highest prevalence of NCDs in the country.

A Big 'Q' On Odisha Healthcare

When the Naveen Patnaik led BJD government has been claiming big on providing free medical services to people in the State, the Assocham survey report drops a bombshell.

The fact of relief for Odisha is the prevalence of life-threatening diseases like Heart diseases, Kidney diseases and cancer is lower vis-a-vis national prevalence.