Though this is not the first time, Sanju has left his footprints with his stellar performances as a baddie. Be it Khal Nayak's Ballu or Agneepath's Kancha, Sanju Baba has won the hearts of the audience with his scary onscreen appearances and iconic performances.

The real 'Khal Nayak' of Bollywood has once again stepped into the shoes of a baddie and will bring his brutality onscreen once again in Shamshera.

The faceoff between Ranbir Kapoor and Sanjay Dutt will certainly be a treat for movie lovers. The official trailer has already given a glance into the character of the antagonist Daroga Shuddh Singh and his evil personality. Scheduled for theatrical release on July 22, action movie lovers are quite excited to witness the war between onscreen Sanju and the real Sanju, which is happening for the first time.

Though this is not the first time, Sanju has left his footprints with his stellar performances as a baddie. Be it Khal Nayak's Ballu or Agneepath's Kancha, Sanju Baba has won the hearts of the audience with his scary onscreen appearances and iconic performances.

Movies in such a category include KGF Chapter 2.

KGF 2 has scripted several milestones in due course and went on to become the second highest-grosser Indian cinema at the worldwide box office. While Rocking Star Yash as Rocky Bhai had fuelled anticipation and expectations of movie lovers soon after the audience watched the end of Chapter 1, the inclusion of Sanjay Dutt as Adheera elevated the craze.

The menacing look of Sanju Baba as Adheera sent chills down the spine of the moviegoers. His brutality, cunningness and faceoff with Rocky, are among the major highlights of the movie.

Earlier, the real 'Rocky' spoke about his excitement and expectations for portraying the character of Adheera in KGF 2. Undoubtedly, he nailed the character and got flooded with praises from across the globe.

However, many are still unaware of why Sanjay Dutt agreed to take up the role.

Earlier, recounting the moments of accepting the character and stepping up once again as brutal Adheera, Sanju said, "There will always be some films which will be more special than the others, Every once in a while, I seek out a film which pushes me out of my comfort zone. KGF Chapter 2 was that film for me. It reminded me of my own potential and something about it felt like, I could have fun with it."

Further, he added, "This film made me realise why cinema, at the end of the day, is a product of passion."

Further revealing about his character Adheera, Sanju said, "Prashanth Neel, my director, had sold the vision of the menacing 'Adheera' to me. The credit for how my role turned up goes entirely to Prashanth. As the captain of the ship, it's his dream we all brought to the screen."

Getting nostalgic, the Munna Bhai MBBS actor said, "This film will always be a reminder that every time life pops a surprise. You have it in you to do better than that. Lots of love to my fans, family and well-wishers. They have all been my pillars of strength."

Well, fans and movie lovers have already seen multiple shades of the Bollywood actor. However, as an antagonist, Sanju has a different swag which everyone loves. Lately, he has successfully fueled up the expectations of the audience from a really bada**. 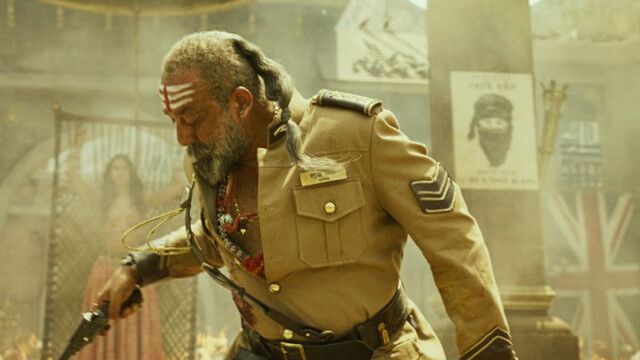