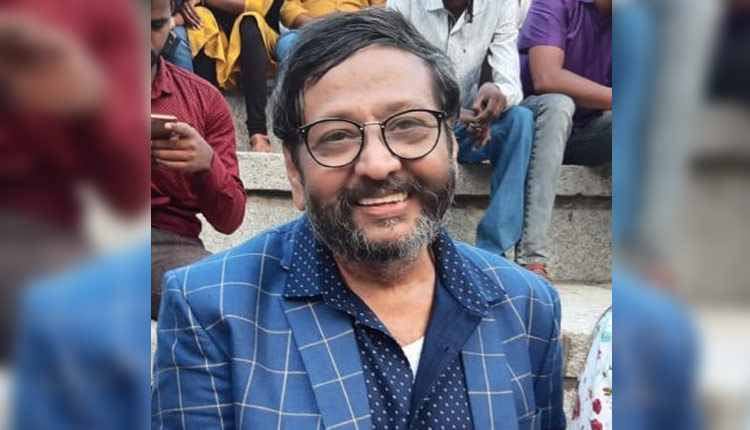 Bhubaneswar: Senior journalist, writer and editor of Hai Bengalore!, Ravi Belagere passed away following an heart attack at the age of 62 late on Thursday night.

In the condolence messages that flooded social media following the death of Belagere, Twitter users described him as a fearless journalist, amazing orator and veteran writer, who through his sheer writing prowess had gained crores of readers. His translation of ‘Himalayan Blunder’ into Kannada was also a monumental work.

“Ravi Belagere was one of my most loved authors in Kannada once upon a time. I used to sit in the college library reading his books and have bunked many classes. The way he mesmerizes you with his style of narration is something beyond explanation,” wrote a twitter user, Ajay Raj.

In the 1990s, Belagere who hailed from Ballari had landed in Bengaluru to script his success story. He founded Hai Bangalore!, a Kannada tabloid, in 1995, which became hugely popular due to its sensationalism, according to a report in The Week.

He used to write Khaas Baat, a column in the Hai Bengalore tabloid which was very popular among the readers.

Belagere is survived by his two wives, Lalita and Yashomati, and four children—two daughters and two sons. His elder daughter is married to Kannada actor Srinagara Kitty.

The phenomenal writer sleeps for ever .
You will be missed by millions of fan who started reading books coz of you , Rest in pace sir ..🙏🏻 #ravibelagere #haibengaluru @SBDarshanapur @INCShahapur pic.twitter.com/WJ24LpAKte pic.twitter.com/xC1rTyIFyd

The most daring journalist #RaviBelagere Sir is no more.
Unarguably, the 1st Superstar of journalism & Inspiration to many.
We miss you sir, Rest in peace. pic.twitter.com/xeG7eb5a0p

Ravi Belagere. One of the first writers,whose books I started reading. I used to read Hi Bangalore! Just to read Khaasbaat and bottom item. His style of writing was unique. Will miss his writings. Om Shanti. #ravibelagere

Huge Quantity Of Firecrackers Seized In Ganjam, Rourkela and Puri