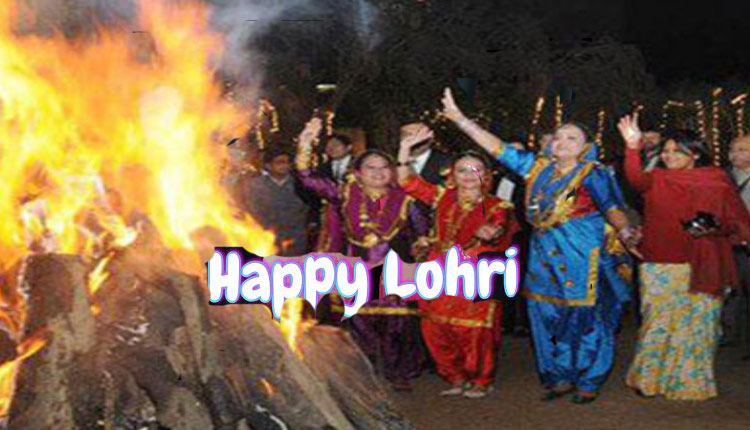 Bhubaneswar: With the auspicious Lohri Fest being traditionally known as the harbinger of a new beginning, this Lohri has literally heralded a ‘new beginning’ – the home-grown vaccines against the contagious coronavirus are just a needle distance away and the staying of the three new Farm laws by the Supreme Court of India only yesterday.

As there is a very popular saying “Every new beginning comes from some other beginning’s end”, it seems the festival of a new beginning – Lohri – this year has heralded the new sunrise and shine to come into the lives of every individual and the country as a whole.

The President, Prime Minister, Union Home Minister and other prominent leaders wished all on the holy occasion of Lohri.

Greetings and best wishes to fellow citizens on the occasion of Lohri, Makar Sankranti, Pongal, Bhogali Bihu, Uttarayan and Paush parva. May these festivals strengthen the bond of love, affection and harmony in our society and increase prosperity and happiness in the country.

Wishing everyone a happy Lohri. May God bless all with warmth of joy, peace and prosperity.

Wishing a very Happy & joyous #Lohri to you and your loved ones.

May this auspicious harvest festival brighten your life with good health, happiness, prosperity and success🙏🙏 pic.twitter.com/MPKZM7Hptn

Wishes for a Happy Lohri to everyone!

Special wishes to our farmer brothers & sisters sitting far away from their homes and braving bad weather for their rights. pic.twitter.com/xCLdCJWOEI

Lohri – The Festival of Fire, Feast And Knowledge

Popular religious preacher Satya Sai Baba had once said “Desire is a bonfire that burns with greater fury, asking for more fuel.” And the Lohri Fest – where the special tradition is lighting up of huge bonfires that symbolises the hoary Indian wisdom of banishing all desires, only to realise the bliss of the universal soul.

The Lohri fest is celebrated with all gusto and religious fervour in the Punjam region of India by Sikhs and Hindus alike. In fact, the preparations to celebrate the fest begin way before the Lohri day.

Right through the winter days, spirited women and children in rural areas go out collecting dry twigs and branches to make a huge bonfire on the day of Lohri, because the bigger the bonfire the better has been the faith.

The rituals related to Lohri symbolize the attachment of the people with Mother Nature. A few days before the festival, youngsters get together in groups and go round their localities singing folk songs. Doing this they also collect firewood and money for the bonfire that is scheduled on the night of Lohri. 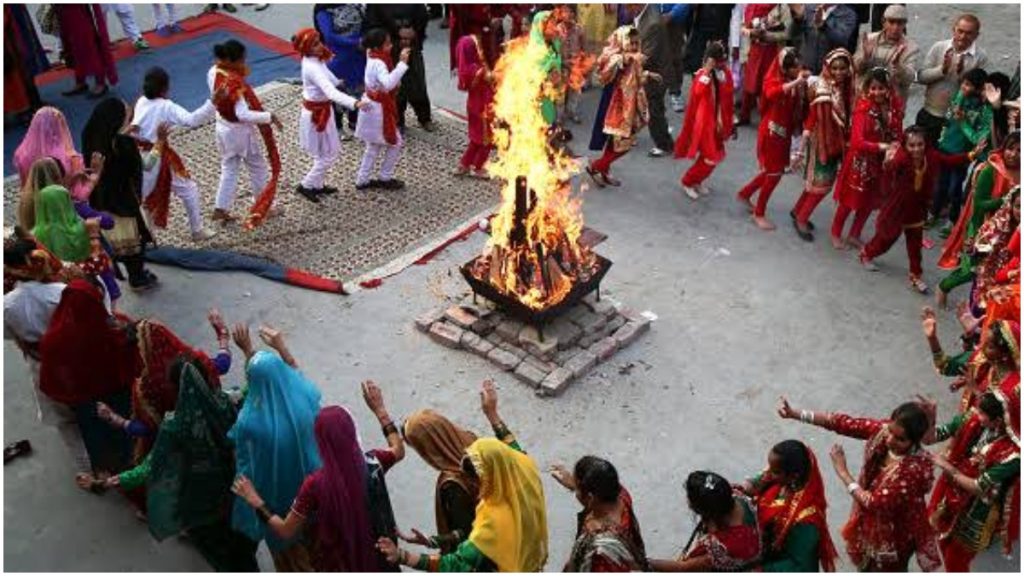 And on the day of the fest, people eagerly wait for sundown when they lit the bonfire to celebrate with song and dance to the tune of Lohri numbers. The celebration attains the pinnacle when friends, relatives gather around the fire and perform Gidda and Bhangra to the beat of Dhols, the drums of Punjab.

Lohri holds special significance when there is a special occasion in the family like marriage or childbirth.

On the special day, offerings of phulley (popcorn), moongphali (peanuts) and rewri (a sweet delicacy made out of jaggery and sesame seed) are offered to the fire God- as a symbolic offering to the Sun God, who is the primaeval energy source of all life.

The Lohri fest, which marks the end of the winter season, falls on a day before Makar Sankrati – the day when the sun god is believed to shift to the north. It is also believed that the daylight hours will increase from Makar Sankranti Day.

As it marks the end of winter and heralds a new season, Lohri is also related to the agricultural activities of the farmers. It marks the harvesting season in Punjab. And the next day of Lohri is known as Maghi, a day that signifies the beginning of the month of Magh. This festival denotes the harvesting of the Rabi crops and hence all the farmers get together in order to thank god for giving them a wonderful harvest.

The traditional belief is this is an auspicious day to take a holy dip and give away charity. Kheer is prepared in sugar cane juice to mark the day.

One of the many interesting legends has it that in a place that lies between Gujranwala and Sialkot, there was a thick forest known as Rakh. The forest was the home of Dulla Bhatti, a dacoit who was considered as the Robin Hood of Punjab. This brave and generous man was always helpful to the needy.

During the reign of Mughal Emperor Jahangir, a jealous Hindu spread a rumour that his niece was very beautiful and would do credit to the Muslim harem. On hearing this, the Mughal officers wanted to carry her off forcibly. The girl’s father was extremely worried and sought the protection of Dulla Bhatti.

Dulla at once got her married to a young Hindu boy in a simple ceremony in the forest. He lit the sacred fire in keeping with the Hindu custom.

Since there was no priest to chant the holy mantras, he broke into a hilarious song composed extempore to add cheer to the occasion. This song is sung even today on the occasion.

Religious Fact: As per the Hindu calendar, in mid-January, the earth starts its journey towards the sun bringing end to Paush, the coldest month of the year. According to the Shrimad Bhagawad Gita, Lord Krishna manifests his full divinity during the period of Lohri. A day later, the auspicious Makara Sankranthi falls which marks the end of the winter season. Thousands of Hindus bath in the Ganges to wash off their sins.

Social Fact: Wheat is the main winter crop in the northern parts of India. During winter (rabi) crop is sown in the months of October and harvested in March or April. Farmers and their families celebrate Lohri during January (rest period) before the cutting of crops. Thus, Punjabis and Haryanavis celebrate Lohri as the “harvest festival”. Most farmers from rural Punjab consider the day after Lohri as the starting of the new financial year. The Sindhi community popularly call Lohri as “Lal loee”. On the festive day, children request their grandparents and aunties for wood sticks which are burnt in the bonfire.

How is Lohri celebrated?

On the morning of Lohri, enthusiastic children dressed in new clothes arrive at the neighbourhood doors singing praise songs on Dulha Bhatti, asking for generous Lohri alm in the form of money and delicacies such as sesame seeds (til) ladoos, peanuts, jaggery, and traditional sweetmeats like rewri, gajak etc.

Bonfire Ritual: Lohri marks the end of the chilly winter. In the evening, after the sunset, huge logs of woods are gathered and lit in the harvested fields. Spirited up men and women circle around the rising flames, do parikrama (rotate around the bonfire) thrice and toss puffed rice, peanuts, and sweets into the fire, uttering “Aadar aye dilather jaye (May prosperity arrive and poverty fade away!)”.

After praying to the fire god (Agni), people meet their relatives and friends to exchange pleasantries and prasad (offerings made to the fire god). Hindus pour milk and water around the bonfire. This ritual is performed to honour the Sun God for his warm protection.