Ranbir Kapoor, Alia Bhatt Celebrate Diwali Together At Her Home 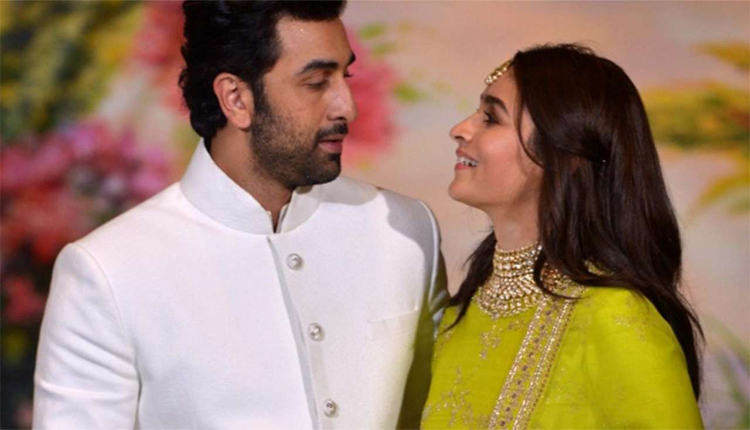 Ranbir Kapoor and Alia Bhatt are rarely seen in the public, especially after the pandemic surfaced. On Diwali, pictures of the duo celebrating the festival together went all over the internet much to the delight of Raalia fans.

In the pictures which have now gone viral, Ranbir and Alia were seen posing with their house staff and chef during the Diwali get-together at Alia’s new house. Alia has moved into a new house earlier this year, she was previously living with her sister Shaheen Bhatt.

What caught the attention of the fans were the photographs on walls as some of them starred Ranbir along with Alia. The couple looked their ethnic best, while Ranbir was wearing a bright red kurta, Alia looked radiant in a black salwar.

The two actors are gearing up for the release of their first project together – Brahmastra which has been delayed a number of times due to the pandemic. This project will also mark the comeback of the Sanju actor after three-year-long hiatus from the big screen.