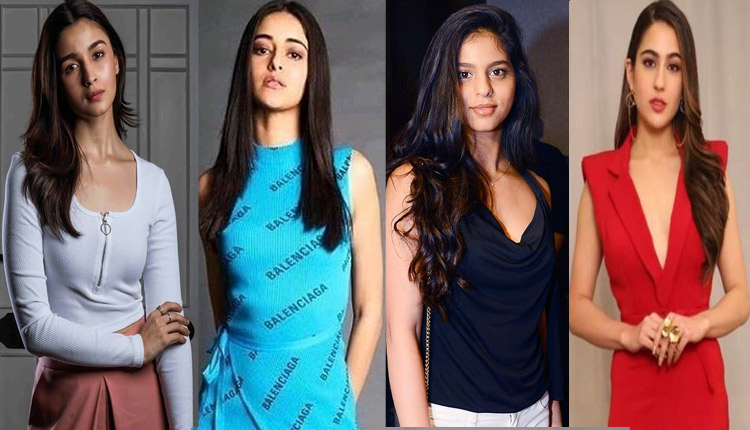 Even before the celebrity kids make their debut, they make headlines. And paparazzi often click pictures of these star kids with their rumoured love. The song of love continues even after they make their dream debut and papped with their co-stars in cosy outings. Sometimes, those are PR created and sometimes they have true feelings.

That takes the discussion to Sara Ali Khan and her alleged link-ups. Sara first made news when she declared that she wished to go out on a date with Kartik Aaryan on Karan Johar’s chat show – Koffee With Karan. Later, the two became a sensation while shooting for Love Aaj Kal 2. The two were often spotted at each other’s birthdays and outings. However, reportedly, things turned sour between the two and they parted ways.

Earlier, Sara allegedly dated late actor Sushant Singh Rajput with who she made her Bollywood debut in Kedarnath. The actress also agreed that she was in a brief relationship with him and went on a vacation during an interrogation by NCB in connection to the Sushant Singh Rajput death case.

Ananya Panday also is rumoured to be dating Ishaan Khatter. So much so, Ananya and Ishaan rang in the New Year in the Maldives together. Ishaan also called her ‘his muse’ in one of his posts from the Maldives on social media. The duo shared screen space in Khaali Peeli.

Even before her big debut, Suhana Khan has a huge fan base. SRK’s baby girl is making her fans go gaga with her pictures from New York. While it has never been confirmed, Suhana is allegedly dating her best friend Ananya’s cousin Ahaan Panday.

Meanwhile, recently Amitabh Bachchan’s granddaughter Navya Naveli made headlines as she lauded her rumoured boyfriend Meezaan Jaaferi for winning the ‘Best Debut’ award for his film Malaal. Navya and Meezan often engage in social media banter and support each other in their endeavours. However, the duo is yet to accept their love publicly.

It can be recalled how Alia Bhatt and Ranbir Kapoor were rumoured to be dating each other. While Ranbir and Alia earlier had kept tight-lipped about their relationship, the duo is now enjoying each other’s company and public attention after they revealed their feelings in front of the world.