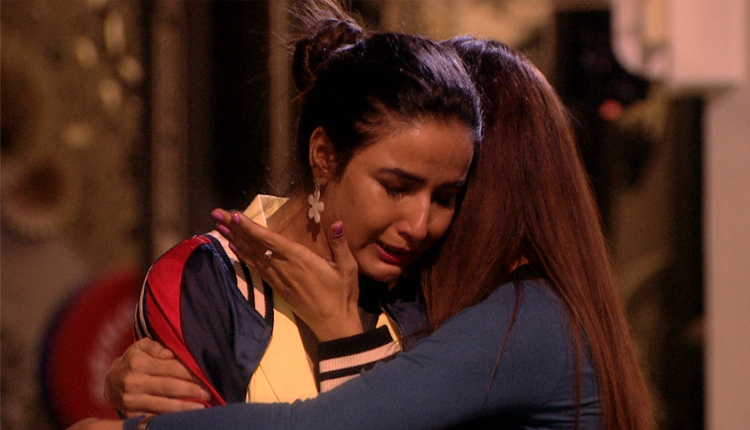 As the Bigg Boss house gears up for the finale week, today’s episode will be full of drama and conflict as the first eviction of the week is announced. Only four contestants will remain in the game who make it through the finale week and the rest will be eliminated. In tonight’s episode, all the housemates will have to face the burning questions by each other to secure a place in the finale.

The contestants perform in duos, first on the podium being Jasmin Bhasin and Aly Goni who are asked by Kavita Kaushil that if she would steal Aly’s shoes or sit as the bride herself. She answered all the questions with a smile while Kavita declared that Jasmin was on standby for Aly.  Eijaz Khan was asked by Aly if he used Pavitra Punia for his game and Nikki Tamboli tries to instigate her by saying if he behaves like a goon even outside the house.

Abhinav and Rubin are targeted by Nikki who questions them about their separation to which Abhinav replies that it is a personal matter. Nikki continues to question them and even asks them if they faked their divorce revelation for the game.

After the task, Abhinav is seen blasting Nikki for bringing in their personal matter in the task to which Nikki replies, “ Pura season Babu Shona kiy.. Agayi na asliyat bahar, sab drama the”

In another promo, BB announces a mid-week eviction, and Jasmin and Aly convince each other to continue playing the game while they themselves leave. Aly is hell-bent to leave so that Jasmin can stay in the house, he said that he believes she will win and if she loves him, she should stay. Is Aly Goni make this sacrifice for Jasmin and leave the game?