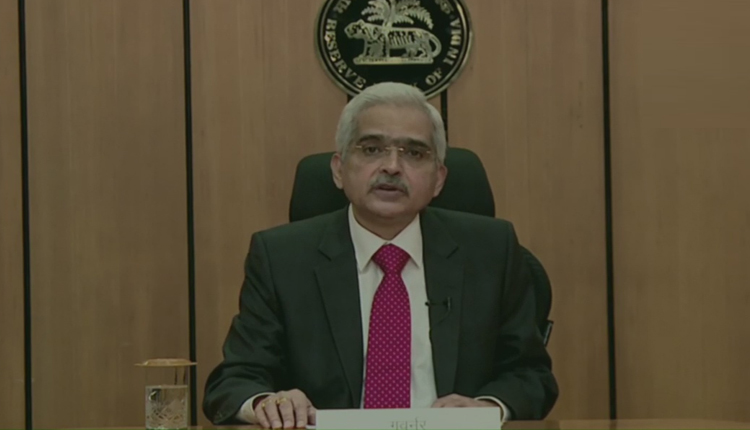 Mumbai: Maintaining status quo for the second time in a row, Reserve Bank of India on Friday decided to keep benchmark interest rate unchanged at 4 per cent but maintained an accommodative stance, implying more rate cuts in the future if the need arises to support the economy hit by the COVID-19 crisis.

The benchmark repurchase (repo) rate has been left unchanged at 4 per cent, Governor Shaktikanta Das said while announcing the decisions taken by the central bank’s Monetary Policy Committee (MPC).

Consequently, the reverse repo rate will also continue to earn 3.35 per cent for banks for their deposits kept with RBI.

He said MPC voted for keeping interest rate unchanged and continued with its accommodative stance to support growth.

RBI had last revised its policy rate on May 22, in an off-policy cycle to perk up demand by cutting interest rate to a historic low.

The 25th meeting of the rate-setting MPC with three new external members — Ashima Goyal, Jayanth R Varma and Shashanka Bhide — began on October 7. This is the maiden meeting of the new members who were appointed just a day before the meeting for a term of four years.

It is to be noted that MPC meeting earlier slated between September 29 and October 1 was deferred for the first time as government failed to appoint external members before the scheduled date.

The government moved the interest rate setting role from the RBI Governor to the six-member MPC in 2016. Half of the panel, headed by the Governor, is made up of external independent members.

MPC has been given the mandate to maintain annual inflation at 4 per cent until March 31, 2021, with an upper tolerance of 6 per cent and a lower tolerance of 2 per cent.

Addressing the media after the Monetary Policy Committee’s meeting, the RBI Governor has said that the modest recovery in various high-frequency indicators in September 2020 could strengthen further in the second half of 2020-21 with progressive unlocking of economic activity.

“Agriculture and allied activities could well lead the revival by boosting rural demand,” he added.

Das said that relative to pre-Covid levels, several high frequency indicators are pointing to the easing of contractions in various sectors of the economy and the emergence of impulses of growth.

“By all indications, the deep contractions of Q1:2020-21 are behind us, silver linings are visible in the flattening of the active caseload curve across the country. Barring the incidence of a second wave, India stands poised to shrug off the deathly grip of the virus and renew its tryst with its pre-Covid growth trajectory.”

Citing RBI’s surveys, he also said that manufacturing firms expect capacity utilisation to recover in the third quarter of the current fiscal and activity to gain some traction from Q3 onwards.

However, both private investment and exports are likely to be subdued, especially as external demand is still “anaemic”.

“For the year 2020-21 as a whole, therefore, real GDP is expected to decline by 9.5 per cent, with risks tilted to the downside. If, however, the current momentum of upturn gains ground, a faster and stronger rebound is eminently feasible,” he said.

Persistently high inflation fanned in part due to supply side disruptions along with seasonal factors led the Reserve Bank of India to maintain the key lending rates.

Accordingly, the Monetary Policy Committee of the central bank in its penultimate meet for 2020, decided to maintain the repo rate — or short-term lending — rate for commercial banks, at 4 per cent.

Besides, the reverse repo rate stands unchanged at 3.35 per cent, and the marginal standing facility (MSF) rate and the ‘Bank Rate’ at 4.2 per cent.

No automatic caution listing of exporters

As part of the government’s Ease of Doing Business initiative and to make the systems more exporter-friendly and equitable, the Reserve Bank of India on Friday decided to discontinue the Automatic Caution-listing of exporters.

As part of the automation export data processing, Caution/De-caution Listing of exporters was automated in 2016. This basically barred exporters from getting any realisation of export proceeds if any shipping bill against them remained outstanding for more than 2 years.

Additionally, the normal system of caution-listing based on the recommendations of the Authorised Dealer (AD) bank before the expiry of 2 years in certain cases continued.

“In order to make the system more exporter-friendly and equitable, it has been decided to discontinue the Automatic Caution-listing,” an RBI statement said.

The apex bank, however, will continue with caution-listing based on the case-specific recommendations of the (authorised dealer) AD bank.

The RBI will issue related instructions to operationalise the changes shortly.

In a bid to improve liquidity for home buyers and boost realty demand, the Reserve Bank of India (RBI) has decided to rationalise the risk weights of new individual home loans sanctioned up to March 31, 2022.

Under the extant regulations, differential risk weights are applicable to individual housing loans, based on the size of the loan as well as the loan-to-value ratio (LTV).

Addressing the media after the Monetary Policy Committee’s bi-monthly meeting, RBI Governor Shaktikanta Das said: “In recognition of the role of the real estate sector in generating employment and economic activity, it has been decided to rationalise the risk weights and link them to LTV ratios only for all new housing loans sanctioned up to March 31, 2022.”

He noted that the move is expected to give a fillip to the real estate sector.

Realty players have hailed the decision which would boost liquidity for the prospective home buyers.

The Reserve Bank of India (RBI) has decided to enhance the threshold limit of retail portfolio of banks to Rs 7.5 crore, with a view to improve the credit flow to small businesses.

Under the extant framework, the maximum aggregated retail exposure to one counterparty should not exceed the absolute threshold limit of Rs 5 crore.

“In order to facilitate higher credit flow to this segment, which mainly consists of individuals and small businesses (i.e. with turnover of upto Rs 50 crore), and in harmonisation with the Basel guidelines, it has been decided to increase this threshold to Rs 7.5 crore in respect of all fresh as well as incremental qualifying exposures,” said the RBI Governor Shaktikanta Das on Friday.

This measure is expected to expand credit flow to small businesses, he added.

Small businesses have been the worst hit due to the pandemic along with the nationwide and local lockdowns. Further, risk aversion of banks has also led to lower credit flow to businesses.