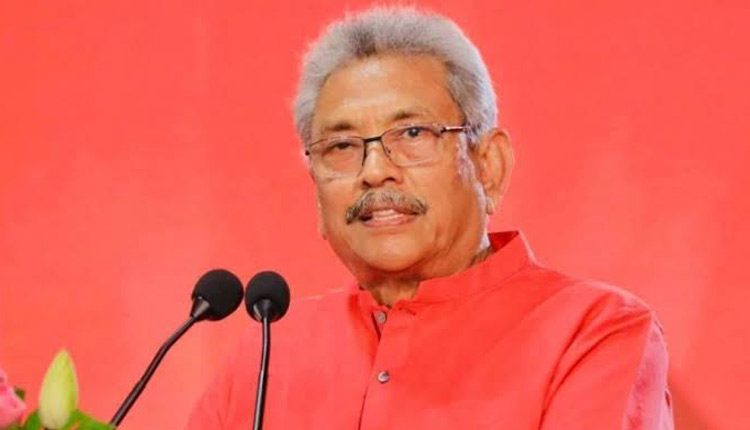 Colombo: Sri Lanka’s new President Gotabaya Rajapaksa has instructed a committee inquiring the Easter Sunday terror attacks to expedite their probe, identify those responsible for the attacks and bring them before the law even as he slammed his predecessors for failing to prevent the bombings.

A string of suicide attacks, struck churches and luxury hotels frequented by foreigners in Sri Lanka on Easter Sunday on April 21, killing 258 people, including Indians and shattering a decade of peace in the island nation since the end of the brutal civil war with the LTTE.

“They were very relaxed on national security. This led to the disintegration of intelligence services. The end result was they were unable to prevent the spread of Islamic extremism,” Rajapaksa was quoted as saying by an official release. He made the remarks when he met the members of the presidential panel Presidential Commission of Inquiry (PCoI) appointed by his predecessor Maithripala Sirisena, according to a statement from the President’s office.

President Rajapaksa emphasised the need to identify roots and modalities of the attack and to bring those who were responsible before the law, President’s Media Division said.

After the attacks, the then-president Sirisena had said that a friendly neighbour provided additional information but senior officials did not share the intelligence with him. Also, the then prime minister Ranil Wickremesinghe also said that he was not privy to the intelligence reports.

According to officials, intelligence inputs about a possible terror attack in Sri Lanka, targeting the Indian High Commission, were shared by Indian agencies with their counterparts in the island nation after the National Investigation Agency completed its probe into an ISIS-inspired module planning to kill prominent leaders in south India.

Authorities have said local jihadist group National Thowheeth Jamaath (NTJ) were responsible for the suicide bombings in Catholic churches and luxury hotels. The attacks were later claimed by the Islamic State terror group.

Rajapaksa urged the panel headed by the Appeal Court judge Janaka de Silva to expedite the probe in order to reveal all lapses of security which had led to the attack and to prevent such occurrences in future.

Former president Sirisena appointed the panel after increased public criticism over the government’s conduct. The then-president ordered the resignations of his top defence official Hemasiri Fernando and the then police chief Pujith Jayasundera. Both were later arrested and are now being remanded until December 17.

The Easter Sunday attacks caused considerable damage to the presidential candidate Sajith Premadasa who came to be defeated by Gotabaya Rajapaksa in the November 16 presidential election.

Rajapaksa himself declared his presidential intentions in the immediate aftermath of the bombings. He was able to project himself as the strong ruler the country needed to eradicate Islamic extremism.