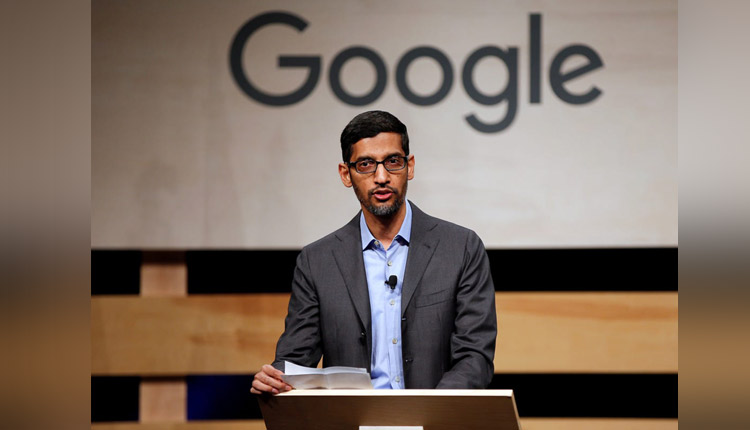 New York: Sundar Pichai, the CEO of Alphabet, says that the future success of tech behemoth Google is not guaranteed in a fast-changing world as it faces competition in all areas where it now operates.

“Google operates in highly competitive and dynamic global markets, in which prices are free or falling, and products are constantly improving,” according to his testimony to a Congressional hearing scheduled for Wednesday.

“Today’s competitive landscape looks nothing like it did five years ago, let alone 21 years ago, when Google launched its first product, Google Search,” he said.

“Google’s continued success is not guaranteed,” he said.

The text of his testimony along with that of other tech CEOs was released by the House of Representatives subcommittee dealing with anti-trust, before its hearing on “Online Platforms and Market Power: Examining the Dominance of Amazon, Apple, Facebook, and Google”.

During the hearing, Pichai, whose Alphabet is the holding company of Google, and CEOs Jeff Bezos of Amazon, Tim Cook of Apple and Mark Zuckerberg of Facebook are expected to be grilled by Representatives concerned about the dominance of their companies in the economy, extending even to social and political spheres.

The tech giants are under a cloud of suspicion in the US because of their power – Google and Facebook over politics through dissemination of news and opinion, Amazon over online commerce, now stretching to brick and mortar stores, and Apple because of its closed technology.

In their testimonies, although Alphabet, Apple and Amazon are trillion-dollar companies by market value, and Facebook is over half-a-billion, they emphasised the fickleness of the environments in which they operate.

The Democratic Party-controlled House subcommittee refused Republican demands to also call in Jack Dorsey, the CEO of Twitter, which has an enormous hold on the dissemination of opinion.

Twitter had suspended the account of US President Donald Trump’s son, Trump Jr, accusing him of circulating misinformation about COVID-19.

Pichai questioned the premise that Google was a monopoly with an iron grip on internet services ranging from search to e-commerce.

He asserted: “People have more ways to search for information than ever before – and increasingly this is happening outside the context of only a search engine. Often the answer is just a click or an app away: You can ask Alexa a question from your kitchen; read your news on Twitter; ask friends for information via WhatsApp, and get recommendations on Snapchat or Pinterest.”

He said that with the proliferation of advertising on rival platforms like Twitter, Pinterest and Comcast, online advertising costs have come down by over 40 per cent over the last ten years.

The Indian Institute of Technology-Kharagpur graduate started his testimony by recalling his “amazement” at the easy access to computers when he came to Stanford University.

“I didn’t have much access to a computer growing up in India. So you can imagine my amazement when I arrived in the US for graduate school and saw an entire lab of computers I could use whenever I wanted.”

Therefore, he said, “expanding access to opportunity through technology is deeply personal to me.”

Throughout the testimony, he gave examples of how Google’s innovations have expanded opportunities for people in education, productivity, business and leisure.

Alphabet is one of the world’s biggest investor in research and development, pouring $90 billion into these efforts over the last five years, he said.

“Through these investments, our teams of engineers are helping America solidify its position as the global leader in emerging technologies like artificial intelligence, self-driving cars, and quantum computing,” he asserted.

Each of the other tech CEOs in their prepared testimonies defended their businesses, asserting that they were not monopolies and were, in fact, promoting competition and doing social good in the age of the Covid-19 pandemic.

“Unlike many other countries around the world, this great nation we live in supports and does not stigmatise entrepreneurial risk-taking,” Bezos said.

“Customer trust is hard to win and easy to lose. When you let customers make your business what it is, then they will be loyal to you – right up to the second that someone else offers them better service,” he said.

Zuckerberg spoke of Facebook’s role in keeping people connected during the Covid-19 lockdown.

He said: “We’re constantly building new ways to empower people to connect and share. Since Covid-19 emerged, we’ve seen how important this can be. People use our services to stay in touch with friends and family they can’t be within person; they use our tools to keep their businesses running since the internet stays open even when physical stores cannot.”

Google To Lunch Next Series Smartphone ‘Pixel 4a’ On August 3