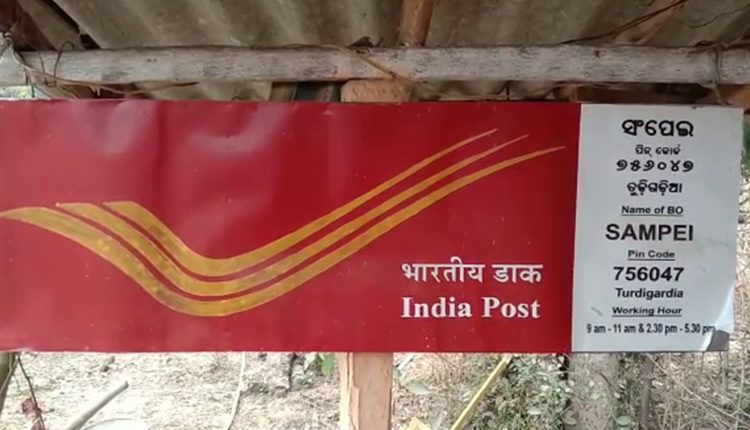 Balasore: The Branch Post Office (BO) at Sampei under Khaira police limits in Balasore was allegedly set ablaze by miscreants on Sunday night, burning many vital documents in the process.

As per reports, the miscreants broke open the door before burning down the post office.

A grocery shop owner beside the post office saw smoke billowing out of the post office while opening her shop and called upon others who eventually informed the Post Master about the incident.

“When I reached here at my shop, I saw the entire area in smoke. At first, I thought that my shop was in fire, but later I came to know that the smoke was actually coming out of the Post Office,” said Padmabati Jena, the shop owner.

Sasmita Jena, the Post Master of Sampei Post Office said, “I was informed by some locals that the Post Office is on fire. I rushed here and found many documents gutted in the fire.”

“I want the miscreants to be arrested as soon as possible,” she added.

Some locals suspect that past enmity could be a possible cause behind this incident.

Meanwhile, a complaint has been registered with the Khaira Police in this connection on Monday.

India, China Agree To Push For Early Disengagement Of Troops At Disputed Border