Odisha: Age No Bar For This Medical Student Who Passed NEET At 64 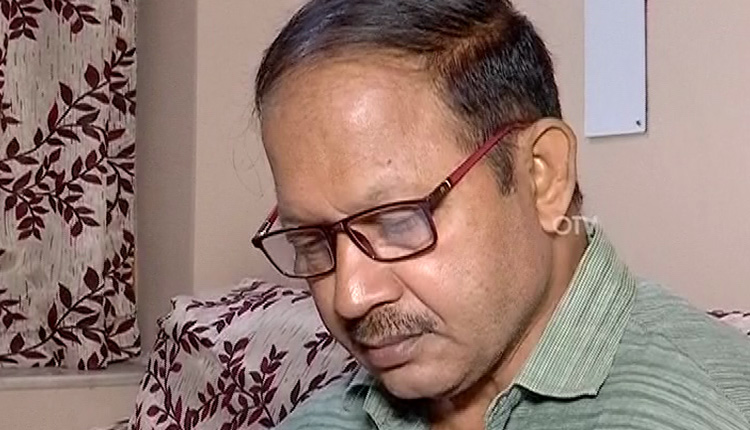 Sambalpur: Learning and education know no age bar. Ask this 64 year- old father of three from Bargarh–who recently qualified the NEET examinations to get enrolled into the VIMSAR Medical College in Burla for MBBS courses– and he will tell you those are just numbers.

Meet Jay Kishore Pradhan from Attabira in Bargarh who realised his adolescent dream of becoming a doctor at the ripe age of 64 when most of his contemporaries would call it quits and hang their boots to proceed on retirement.

A banker by profession, Pradhan worked with the State bank of India for a major chunk of his life. As per his own admission, when he first appeared for the medical entrance test in 1974, he could not make the cut. Disheartened, Pradhan decided to abandon his dream and join a bank instead. But once his father’s was bedridden owing to urinal ulcer, Pradhan’s buried desire to don the stethoscope and serve humanity started germinating again.

“In 1974, after meeting with failure to make it into MBBS courses on the first attempt, I joined BSc courses in Physics (Honours). Following graduation I worked in telecom sector for four years. Then, I worked in the Indian Bank for a year, before finally joining the State bank Of India in 1983,” Pradhan, the 64-year-young said.

“In 1982, my father who was suffering from urinal ulcer was admitted to the Burla Medical college for treatment. He was again admitted to the hospital five years later in 1987.”

Pradhan said he helplessly watched as his father battled the dreaded disease before the later breathed his last. Though that time too Pradhan hoped to switch profession and make an attempt for admission into medicines, it was too late by then.

Life meanwhile took many twists and turns draining Pradhan emotionally. He narrates, “Two of my three daughters were pursuing medical courses . Unfortunately, my eldest daughter passed away, which broke me emotionally,” he says.

However, the trauma only strengthened Pradhan’s conviction for service and philanthropy. The moment finally arrived when the Supreme Court quashed the upper age limit for medical examination. ” It was the last calling which I could not ignore,” Pradhan says. He appeared the NEET tests and came out with flying colours. Dream finally achieved.

However, the going was not easy at the Burla Medical College. The presence of a senior citizen student in the classroom raised many eyebrows, fellow classmates and teachers alike. “It was quite a revelation for them to know I was a student and not a parent,” he says with a chuckle.

“Some even praised me for my mental strength. They appreciated my devotion and zeal for study,” he adds.

Speaking about his idol and inspiration, Pradhan says, “I am self motivated. At this age, nobody will ask me to read or appear in the examination.”

After the news of his admission into the medical college broke, wishes poured in. The experience was quite humbling for Pradhan who could not have wished for more at this point in life.”It is more than what I bargained for,” he says politely.

Do You Know iPhone Has A Scientific Mode In Calculator App?