Lead met agencies, including IMD, agree that the El Nino and DMI (Dipole Mode Index) are quite favourable for the Monsoon onset over India. Summer in Odisha will not be a blistering one this year 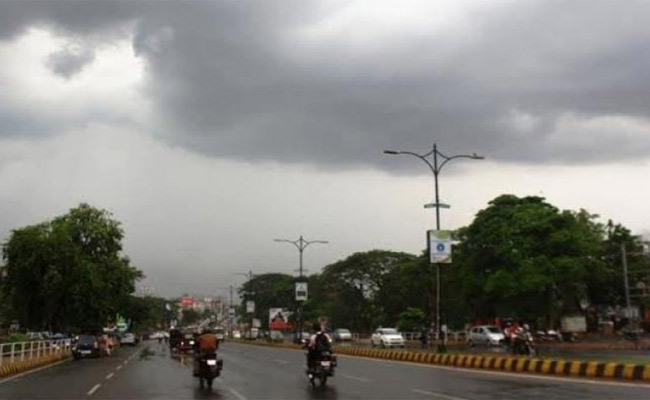 But IMD did agree with the inferences of the lead Met agencies that two very basic conditions that lay red carpet for the Monsoon are smiling at India.

Lead met agencies, including IMD, agree that the El Nino and DMI (Dipole Mode Index) are quite favourable for the Monsoon onset over India. El Nino and IOD play a major role in onset and quantum of Monsoon rains in India.

As per the IMD, the Monsoon Mission Coupled Forecast System (MMCFS) in its latest ENSO (El Nino Southern Oscillation) bulletin predict a neutral El-Nino conditions for the period of April-May-June and La Nina conditions from to June-July-August to August -September -October.

The noteworthy mention here is if this prediction turns true, La Nina will play a big role in the coming winter (Dec 2020).

Other lead met agencies like APEC Climate Centre, UK Met Centre and International Research Institute for Climate & Society (IRICS) infer to the same conclusion, which says El-Nino to remain neutral during the Monsoon Season and IOD (India Ocean Dipole) to remain neutral to positive during the forecast period. So, the prediction is Monsoon 2020 will be normal or say good for India.

However, the moot point here is will Monsoon bring good rains in Odisha?

Though IMD is yet to release its prediction on rains in India, APEC Centre, Korea gives an insight about the Monsoon.

June:  Rainfall in Odisha is not enthusing. State to record deficient rainfall. The north-interior districts and north coastal Odisha to bear the brunt.

July: Rainfall will be largely excess. Models suggest the precipitation will be in excess by 1.2 mm/day.

August : Prediction shows a wet month in Odisha. South interior and north interior districts to bear the brunt of rain.

The above forecast shows, Odisha will have good monsoon rains in 2020, which is a good news for the State and country, especially when economic slowdown is gripping the country.

As Summer is round the corner, with the spring readying to make an exit, will the Summer 2020 will be harsh on Odisha?

In March: Odisha will remain cooler. The mean temperature will be 0.3 deg K below normal in Odisha, except south Odisha (see the image given below).

April: The mean temperature will be near normal, except southern Odisha districts (image given below).

May: This month will be warmer than normal summer. The temperature is predicted to remain between 0.3 – 0.6 deg K above normal summer temperature (that varies between 37 deg C in coastal to 40 deg c in western Odisha)

The above analysis shows the summer in Odisha will not be a blistering one this year.

Not only APEC, look what the UK Met office predicts: The temperature in February-March-April: 40 to 60 %  probability of cooler-than-normal conditions for the northern and eastern (includes Odisha) one-third of the country.

With regard to rainfall in March, IMD has made a forecast of scattered rainfall accompanied with thunderstorm between March 4- 6th for Odisha, and a widespread rainfall in northwest India, UP, Sub-Himalayan during the period of Mar 4-6th, 2020.