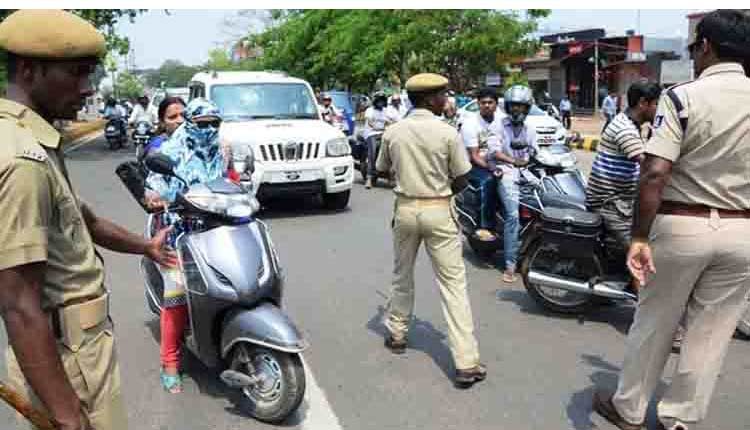 Bhubaneswar: A man was recently fined Rs.26000 after traffic police personnel and RTO officials caught his minor son driving a two-wheeler without a helmet. The father of the boy, who was intercepted at the Barang Police station square on the outskirts of the capital city, was punished as he allowed a minor boy to drive his vehicle. His offence was compounded by the fact that the boy not wearing a helmet.

A fine of the same amount was imposed in a similar case in Angul. Ever since the amended Motor Vehicle (MV) Act came into effect traffic cops and transport officials have been implementing it with fervent zeal. Hefty penalties have become common and have triggered controversies in certain cases.

There have been attempts to paint traffic cops as villains for trying to enforce the law in a manner that is being described in certain circles as “ inhuman ” and “ brutal.” There have also been allegations of officials using the law to make money and settle personal scores. The first phase of the drive, which was perhaps the most vigorous, even evoked protests from the general public who demanded more time from the government to get the necessary papers ready.

Ever since the deadline for the implementation of amended MV Act in the state has been extended twice but there seems to be no perceptible change in the attitude of the people who continue to violate traffic laws shamelessly. The extension of the deadline has been treated by a majority of people as a licence to break the law without attracting a penalty.

Hence, the decision of the authorities in Odisha to enforce certain aspects of the amended law strictly even during the interim period while people are allowed to get their licences, pollution certificates and insurance-related papers ready is welcome.  This is primarily meant to curb the menace of drunk driving and driving by minors, both of which pose a potential threat to the life of people.

Some people argue that implementation of the law should have been preceded by an extensive awareness drive on the new traffic rules and regulation. While there is no denying the need for awareness in such matters it is equally true that people have a tendency to take things easy unless the law raps them on the knuckles.

The punishment for violations has to be deterrent enough as the number of road accidents in the state keeps rising. According to one estimate on an average of 14 people die in road mishaps in the state every day. In 2018 these accidents had claimed 5,315 lives which should be a matter of concern for the authorities tasked with ensuring the safety of people on our roads.

Statistics show that last one decade has seen an increase of 72 per cent in road mishap casualties, the overall rise in accidents during this period being to the tune of 38 per cent. Given this backdrop, it has become imperative for the government to enforce traffic rules strictly without bothering about protests from a section of people who appear to be in the habit of violating rules despite repeated warnings. They need to be schooled and coerced if necessary.

US House Votes To Send Trump Impeachment To Senate