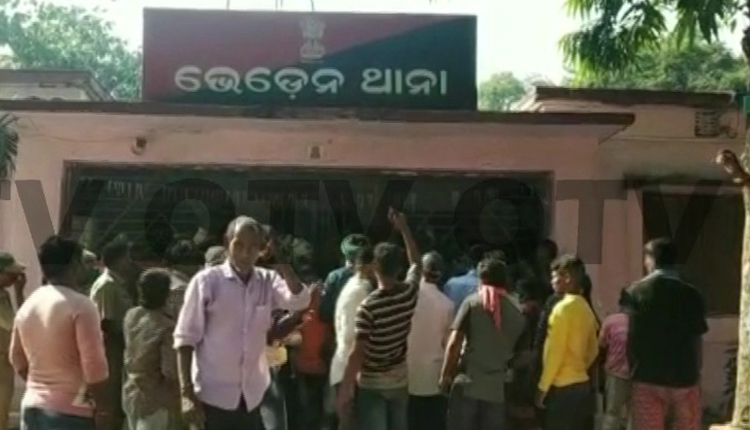 Bargarh: Tension erupted at the Bheden Police Station in Bargarh after residents from Burdha village scuffled with the police and tried to storm the police station.

They alleged that the police are soft-peddling the investigation into a murder that took place in July this year and delaying the arrest of the accused for a protracted period.

Sources said the agitating villagers pelted stones at the police who resisted their forceful entry resulting in injury to some of the members of the press present there and damaging several police vehicles. The police retaliated by resorting to lathi charge in order to disperse the mob.
The injured have been rushed to the Bheden hospital for treatment.

As per reports, a youth, identified as Giridhari Nayak from Burdha was allegedly murdered in July this year. The villagers said that after repeated requests to the SP and Collector of the district to bring the culprits to book fell in deaf ears, they sat on Dharna in front of the Bhden Police Station on Tuesday. The protestors turned violent after they did not get any assurance from the higher ups, sources claimed.

As per the latest reports, the Bargarh SDPO has reached the spot to pacify the locals but an underlying tension is still prevailing in the area.