As per APEC Climate Center outlook till June 2021, India, including Odisha, will be witnessing a dry and warmer February-April. But May and June will see rains and below normal temperatures. The El Nino Southern Oscillation (ENSO) is predicted to remain neutral in Apr –June, signalling normal Monsoon 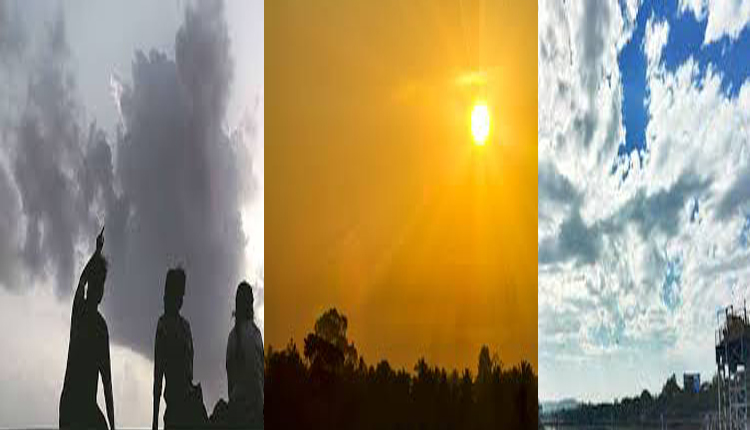 Bhubaneswar: With the State waking up to a warmer clime in early January itself, is the country, including Odisha, going to witness a harsher weather in the approaching summer months this year?  There seems a little worry for the State, if the first model forecast on the summer outlook in India that was recently released is any indication.

As per the seasonal outlook for the period of February to June released by the APEC (Asia Pacific Economic Cooperation) Climate Centre, the news of relief for Odisha is, though, the State is predicted (a chance of 50 per cent) to record mean surface air temperatures higher than the normal temperature during the months of Feb – Apr, while the hotter months of May and June this year will be cooler vis-a-vis the normal mean temperature recorded during the two months in the State.

An analysis of the deterministic model of the forecast reveals that Odisha will see higher precipitation during the peak summer months of May and June, which in turn have a salient impact on the mean surface air temperature in the State.

However, the same forecast predict a dry run (little precipitation) for the State during the period of February to March, thereby, hinting at the mean surface temperature (2mt temperature) remaining above normal in the State for the months of Feb – Apr.

Will The Model Prediction Come True?

Speaking exclusively to odishatv.in, IMD DG Mrityunjay Mahapatra said, “These are basically numerical weather model predictions. They work out their forecasts by picking up some parameters and large historical datasets. IMD also has long range forecast models. The summer forecast from IMD will be released at the end of winter season (February end). It’s not appropriate to comment on the overall global model predictions. “

As per the long range prediction by IMD that has been made available till February 4, Odisha will not be witnessing any rainfall, except a meagre precipitation in and around Balasore in the last week of January. Moreover, the prediction says the maximum temperature in the State till Feb 4 will remain above the recorded normal temperature of the respective months.

Significantly, the model forecast predict that April in coastal areas will record above normal temperatures, in contrast to the prediction of recording normal April temperature in other districts, including western Odisha, in the State.

Rain Forecast: The model predicts a dry spring (Feb –April) for the whole of the State. It shows precipitation amount at nil or in traces.

Rain: Little or no rain across the country has been predicted in February, except for South Indian states like Tamil Nadu, Kerala and parts of Karnataka. The rain is projected to taper down in the month of March.

However, rains are predicted to resume in the southern states of India in April. But in the month of May, the forecast says rainfall will extend to central India, parts of western states like Maharashtra, Uttar Pradesh, Uttarakhand, Madhya Pradesh, Chhattisgarh, Bihar, Jharkhand and West Bengal.

In June, the APEC Climate Centre model sees rains extending up to Delhi and western UP, but no rain forecast for states like Rajasthan, Gujarat and Punjab has been issued.

Shine:  Leaving aside the western states, above normal temperature has been predicted for other states in February. The country as a whole will witness above normal temperature in March. April will be hotter in western, some central and northern states, including Delhi. The month of May will be hotter in Western and North West India, including Delhi. Mercury will be normal to cooler than normal across the country in the month of June

As per the US-based International Research Institute for Climate and Society (IRICS), for the period of April –June 2021, the El Nino southern oscillation is predicted to remain neutral – means the La Nina conditions will make an exit by end of the spring (March), but El Nino condition is unlikely to take charge.

However, the model forecast shows probability of El Nino conditions during the period of October – December 2021.Projections shows El Nino may bounce back in the year 2022. If so, then there is a likelihood of the phenomenon having its impact on the 2022 Monsoon.

Why the Chances High: As per IRICS experts, El Nino or La Nina events develop during April – June and attain the peak in October – February. So there is possibility of the event taking charge during Apr-June 2022. They last for nearly 1-year and, at times, lasted for over two years – example is 2014 and 2015.

Govt-Farmers Talks: Meeting Ends With No Breakthrough, Next Round Likely On Jan 15