Elusive Musk In Jagannath’s Cosmetics A Boon For Rats!

For Jagannath devotees, the mention of Nepal reminds them of Shalagrams and Kasturi or the fragrant extract from the musk deer.

Elusive Musk In Jagannath’s Cosmetics A Boon For Rats

Jobs Railway Invites Applications For Over 2400 Posts, Apply By February 16

Jagannath Mahaprabhu has innumerable rituals and stories associated with his temple in Puri. These rituals are among the many things which draw His devotees closer to Him. For here is a Lord who eats, sleeps, marries and falls sick just like his devotees. Nepal and its Kings have always held a very special place in the Jagannath temple. As a local representative to King Gyanendra of Nepal on his visit to the Jagannath temple in 2018, I caught a first hand glimpse of that special relationship. 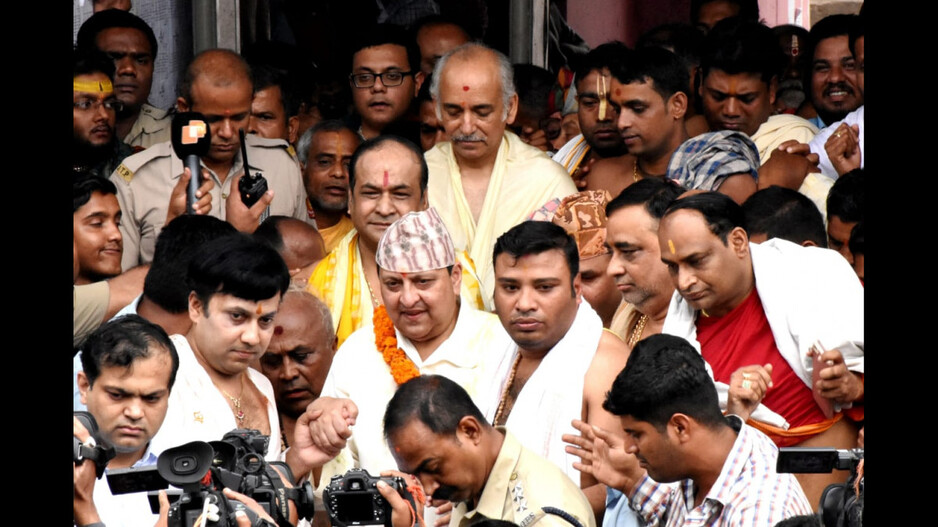 The King of Nepal during his visit to Puri Jagannath temple in 2018. He is accompanied by Gajapati Maharaja Dibyasingha Deb. [Photo- Ranjan Ganguly]

It is said that no consecration is complete without a Shalagram, the living manifestation of Vishnu, found only in the Kali Gandaki River in remote Nepal. Adi Shankaracharya sent a sanyasi Bharti Tirtha to Nepal to obtain a special shalagram for consecration of the new Jagannath temple. King Vrishabh Dev of Nepal sent special shalagrams and offerings of gold and musk for the new temple. In honour of his contribution to this day, the Jagannath temple accords special ritual status to the King of Nepal. For it has been tradition since then for the King of Nepal to offer shalagrams and musk to Jagannath in a special ritual by ascending the Ratnasinghasan, an honour few mortals are blessed with.

The Mystical Mahasiddhas Of Buddhism And Their Odisha Connection

How Can We Make 'Unhappy' Odisha Happier?

Times have changed. The musk deer once common in the hills of Nepal is now endangered. Rampant killing of musk deer to extract their musk pods which contain the fragrant Kasturi had reached alarming levels. In an attempt to save the musk deer from extinction, the government of Nepal banned killing and extraction of Kasturi from musk deer. Since then Kasturi has not been supplied to the Jagannath temple in Puri.

Kasturi has a very practical role in the rituals of the Jagannath temple. Jagannath, Balabhadra, Subhadra and Sudarshan are made of neem wood. Wood is prone to damage from insects and rats. The fragrance of Kasturi applied daily on the deities kept pests and rats away from them. With the lack of Kasturi, pests and rodents have been emboldened to regularly attack Jagannath’s idol. Media reports of rats and cockroaches infesting Jagannath’s body has pained devotees.

Fortunately modern science now shows us a humane way out of this mess. A way in which the musk deer also thrives and Jagannath gets His Kasturi and is saved from the botheration of rats and cockroaches. There is now a painless and harmless technique of extracting Kasturi containing musk pods under local anaesthesia from musk deer. The deer feel no pain, and come to no harm and the musk glands regenerate. Thus musk can regularly be extracted from the deer. Ever since this new extraction technique has been developed in 2020,  Nepal has now legalized breeding of musk deer for extraction of Kasturi.

(DISCLAIMER: This is an opinion piece. The views expressed are the author’s own and have nothing to do with OTV’s charter or views. OTV does not assume any responsibility or liability for the same. The author is an Orthopedic Surgeon and can be reached at sidusahu@gmail.com)