The Mystical Mahasiddhas Of Buddhism And Their Odisha Connection

Many of the Mahasiddhas such as Kanhupa, Luipa, Sabaripa, Bhusukupa, Birupa composed Charyapadas in Lalitagiri Mahavihara, Jajpur. One of the fascinating aspects is the mystic language that Buddhist teachers employed. An inscription collected from Ratnagiri has lines of Buddhist hymns that go - “Dhara dhara. Hara hara. Prahara hara. Mahabodhi chitta dhare. Chulu Chulu…”

The mystical Mahasiddhas of Buddhism and their Odisha connection

Odisha is well known as a great seat of Buddhism, especially of the Tantric kind. The Buddhist sects of Mahayana, Vajrayana, Kalachakrayana, etc. comprise Tantra as a major ingredient. However, it was not so in the beginning - Tantra was a later development in the history of Buddhism. The gradual development of philosophies and addition of layers led to schools within Buddhism which then blossomed into a rich tradition of Tantra. Ratnagiri, Udayagiri, Puspagiri, Bajragiri Mahaviharas of Odisha were renowned research institutes all over the country. (There were also Purnagiri, Alatigiri, Lalitagiri. The sheer number of these ancient educational centers in Odisha is astounding.) In these institutes, great teachers such as Lakshminkara, Pitopa, Naropa, Bodhisri would teach. These institutes of Odisha played a most crucial role as Tantra shaped itself in Buddhism, especially in the history of Vajrayana, Hinayana & Sahajayana.

Before we proceed further, it is worthwhile to note that the Buddhist treatises refer to Odisha as Oddiyana or Uddiyana. To anyone accustomed with the ancient names of Odisha, such as Odra & Udra, these seem obviously related. However there has been a historical misidentification of this Oddiyana with Swat Valley in Afghanistan, owing to the general ignorance about Odisha in scholarly circles a few centuries ago. Xuan Zang referred to Odisha as Udyana. The Buddhist texts also use Oda, Odra, Odivisa as variants of Oddiyana. The great teacher Indrabhuti is identified in Buddhist tradition as the king of Sambhala, Oddiyana - which is Sambala-pura (Sambalpur) in Odisha. Indrabhuti unsurprisingly begins his treatise with a prayer to Jagannatha. Several Buddhist deities have specific variants that are named after Oddiyana - an obvious reference to a particular manifestation of the deity being worshipped in a region. Iconographical details are meticulously described in Buddhist manuscripts preserved in the Tibet region but the only extant sculptures of such deities in the world are found in Odisha. Over the last few decades, several scholars have done pioneering research to correct the conventional misidentification and gradually, the correction is being recognised. All we need to know is that Oddiyana is Odisha, without a shred of doubt. 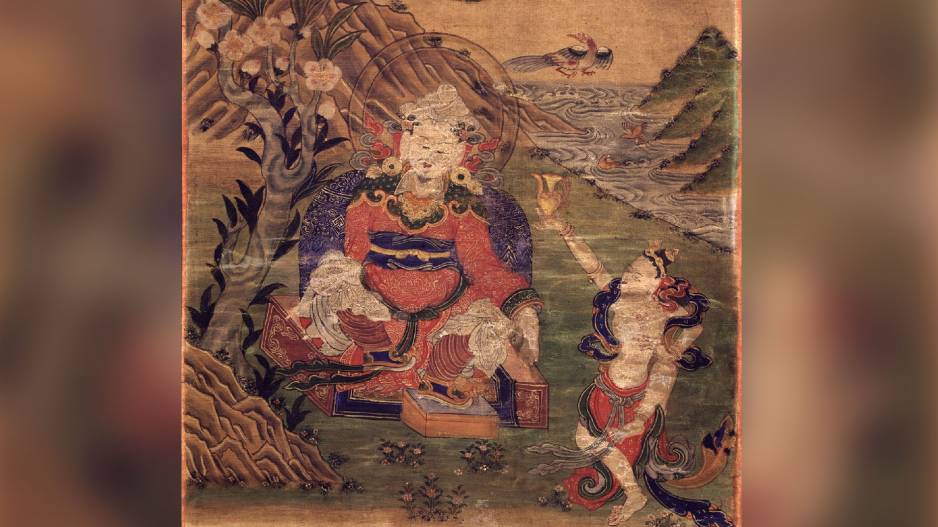 Sometime around the 7th century, there emerged a group of eighty four mystics across Eastern India. They were referred to as the ‘Mahasiddhas’, masters who had attained perfection. The Mahasiddhas were powerful figures, performing miraculous feats and with a significant following, viewed by the people with awe, fear and reverence. Some of the Mahasiddhas wrote songs to spread their insights; these songs, known as the Charyapada (Charjyapada) or Charyagiti are written in a sort of proto-language that is the ancestor of Odia, Bangla and Ahomiya. Some of the songs lean heavily towards Odia and likewise with the others. This provides an invaluable clue to determine the regions of the various Mahasiddhas. Together with traditional legends and biographies preserved in different regions, one can make a fair estimate of where each of them hailed from.

Many of the Mahasiddhas such as Kanhupa, Luipa, Sabaripa, Bhusukupa, Birupa composed Charyapadas in Lalitagiri Mahavihara, Jajpur. One of the fascinating aspects is the mystic language that Buddhist teachers employed. An inscription collected from Ratnagiri has lines of Buddhist hymns that go - “Dhara dhara. Hara hara. Prahara hara. Mahabodhi chitta dhare. Chulu Chulu…” This baffling language was intended to convey its actual message to only the true recipient, that is, one who has trained in the correct method under a proper Guru and has learnt enough to be able to decode the metaphorical statements. A point to note is that the metaphors are not random; quite often they are like a codebook, following standard metaphors for specific concepts. The metaphors would be from daily life, like a musician playing the vina or perhaps a weaver at work. The songs were relatable hence popular.

The poets have designated ragas such as Gabuda, Malasri Gabuda, Baradi, Gujjari, etc. for their creations, and their songs continue to be sung in traditional ragas of Odissi music. Some of these 8th-century lines continue to be popular in Odisha and are sung during Lord Jagannatha’s Ratha Jatra by the Dahuka. The Charyas such as ‘Alie Kalie Bata Rundhela’ (Kanhupa), ‘Ucha Ucha Pabat Tahin’ (Sarahapa), ‘Apane Rachi Rachi’ (Sarahapa), ‘Kaa Tarubara Pancha Bi Daala’ (Luipa) are almost entirely comprehensible, for they appear to be very close to present-day Odia. It is also worth noting that many of the Ragas of the Charjyapada are only found in Odissi music, and do not exist elsewhere.

Sarahapa was one of the prominent Mahasiddhas. It is widely believed that he was one of the earliest poets who wrote in Odia. He was born in Odisha. The story goes that Sarahapa followed his work as a Brahmin during the day and fulfilled his Buddhist rituals once it was dark. Since he drank too much, his fellow Brahmins complained to the king. So the king arranged a private meeting and gently requested Saraha to avoid drinking too much, an accusation which Saraha simply denied. To prove his point he dipped his hand in boiling oil and drank molten copper without any harm. Seeing this, the others bowed down.

The Only Indian Festival For Covid Times - Elections

Why Odisha Candidates Struggle To Qualify For Civil Services?

The Mahasiddha Jalandharipa described in the previous story is also known as Hadipa, the name by which he is popular in Odisha. The iconic ballad sung by the Natha ascetics of Odisha, bowing their kendera instrument, narrates how the king Gobinda Chandra left his riches and went to be the disciple of this very Hadipa. One story Odia grandmothers fondly recount is how Hadipa orders a coconut tree to bow down and the tree does so out of respect. Mahasiddhas such as Hadipa and Kanhupa might have been forgotten by most, but their vivid tales are still found in the oral tradition of Odisha. I remember listening to this story as a child, imagining these wonderful, magical characters. Stories about the Mahasiddhas are often full of colourful miracles - they make for interesting reading.

Another Mahasiddha who is well-known in Odisha even today is Luipa. Traditional accounts narrate that he too was born in Odisha. He met Sabaripa, a disciple of Sarahapa and learned from him. Then he went northwards and sat near a river. Luipa was initially disgusted by the food, but finally started eating fish gut piles along the riverbank. This led him to enlightenment. The message conveyed by the above tales is that as long as the mind sticks to notions of purity & impurity, love & disgust— one cannot attain single-mindedness, one of the goals of the penance. The vision is to stop breaking the world into good & bad, avoid dichotomy and see the world for what it is, bereft of judgement. The tales are quite taboo and go to shocking lengths to drive home this point.

Mahasiddha Kanhupa is also well-known in Odisha. One legend that is popular in Odisha says that when he walked, seven umbrellas and seven dambaru drums hovered above in his respect. Proud of his achievements, Kanhupa decided to go to Sri Lanka with his disciples. When he reached the sea, he simply walked on the water. And so delighted by his own miracle, he thought “Even my Guru does not have such power!” The moment he thought this, he fell into the depths of the sea, powerless. Dejected, he returned and apologised to his teacher Jalandharipa. His guru sent him to another Mahasiddha by the name of Tantipa. Kanhupa would have to follow whatever Tantipa said. Tantipa asks him to eat a corpse and even feces, and Kanhupa is utterly shocked. Disgusted, he endures and obliges to his best, but ultimately decides to leave and everything ends in a mess. Kanhupa’s is a cautionary tale, but his songs are also the most famous, perhaps arising from the experience in the words.

Lakshminkara was the sister of Indrabhuti of Sambhala (Sambalpur) - one of the only four women in the list of eighty four Mahasiddhas. She was the founder of a new school called Sahajayana in Buddhism, a thought that deeply influenced the entire Eastern India. Even today Odia people knowingly or unknowingly believe in some of its tenets. Sahajayana deeply affected the society in Odisha back then, and some things have become embedded in the rituals, stories and beliefs of the state. And that was a short glimpse into the history of Tantra in the popular belief of Odisha.

More From The Author: Sacred Squabble