They also found that there has been an "increasing trend of MEL (minimum equipment list) releases" of aircraft, it said.

With airlines reporting multiple technical malfunction incidents, aviation regulator DGCA on Monday said it conducted spot checks and found that there is an insufficient number of engineering personnel certifying planes of various carriers before their departure.

Before each departure, an aircraft is checked and certified by an aircraft maintenance engineer (AME). The DGCA has now issued guidelines for airlines on the deployment of AME personnel and directed them to comply by July 28.

The spot checks also found that the AME teams of airlines are improperly identifying the "cause of a reported defect", the Directorate General of Civil Aviation (DGCA)'s order noted.

They also found that there has been an "increasing trend of MEL (minimum equipment list) releases" of aircraft, it said.

"MEL releases" means an aircraft is allowed to fly with certain inoperative equipment or instruments for a specific period of time, until the repairs are done.

"It is also seen that airlines are resorting to frequent one-off authorisation to Category A certifying staff at transit stations which is not in line with existing regulatory provisions," the DGCA said.

The engineering head of one of the Indian airlines explained that a Category A engineer is called a 'limited scope engineer', and he or she is allowed to certify and release planes for departures only when the aircraft does not have any complex defect.

The Category B1 engineer is one step above the Category A engineer and he or she is capable of handling mechanical defects.

Similarly, Category B2 engineering is capable of handling defects in the electronic equipment of planes.

The DGCA said: "It has been decided that all aircraft at base and transit stations shall be released by certifying staff holding AME Category B1/B2 license with appropriate authorisation by their organisation."

The regulator told airlines to position Category B1 and Category B2 engineers at all base and transit stations and make sure that required tools and equipment are available.

"Alternatively, you may opt for sending the certifying staff on flight duties," the DGCA mentioned.

The DGCA said that its directions must be complied with by July 28.

The airline engineering head, speaking on the condition of anonymity, said that it will be very difficult for airlines to place Category B1 or Category B2 engineers on all transit stations.

"If I operate one flight per day from Jorhat or Jharsuguda, how can I keep two Category B1 or B2 engineers -- which are anyway in fewer numbers -- just to certify and release that one flight," the head explained.

There have been multiple technical malfunction incidents in Indian carriers' planes during the last one month.

On Sunday, IndiGo's Sharjah-Hyderabad flight was diverted to Karachi as a precautionary measure after pilots observed a defect in one of the engines.

On Saturday night, the Calicut-Dubai flight of the Air India Express was diverted to Muscat after a burning smell was observed in the cabin mid-air.

A day earlier a bird, which was alive, was found in the cockpit of the Air India Express Bahrain-Kochi flight.

SpiceJet is under regulatory scanner right now. On July 6, the DGCA issued a show-cause notice to SpiceJet following at least eight incidents of technical malfunction in its aircraft since June 19. The DGCA is currently investigating all these incidents. 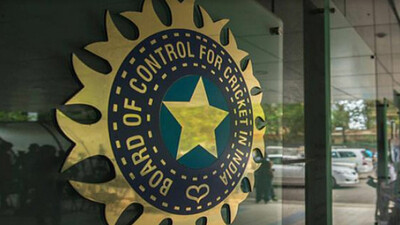