Fans are quite eager to remain updated about Yash's personal life as well. Fans are well aware that Yash has two kids and he has proven himself of being a doting dad, time and again.

The towering success of KGF Chapter 2 has made Yash a household name. The Rocking Star of Kannada film industry has left the mark of being a pan-India actor with his stellar performance as Rocky Bhai in KGF series.

Yash as 'Rocky bhai' the has won hearts of millions and his fandom is sprawled overseas. Apart from his onscreen craze, Yash rules the hearts of fans for his down-to-earth nature and humbleness.

Fans are quite eager to remain updated about Yash's personal life as well. Fans are well aware that Yash has two kids and he has proven himself of being a doting dad, time and again.

However, despite being a loving and caring father, he is not the best. He is a 'bad boy' as well. Yes! You heard it right. And, we are not saying this. This was stated by Yash's son, Yatharv himself.

Though the KGF actor is not quite active on social media, his wife Radhika Pandit often shares pictures and videos of their happy family time to keep their admirers updated and share their happiness.

On Saturday, Radhika shared a video of their son in which he seems to be quite emotional. In the video, Yatharv is seen sitting on his mama's lap while Yash is capturing the video.

Interaction between the father-son duo is something one can't afford to miss.

Next Yash asked about Radhika, to which Yatharv said, "Mama is a good girl."

This chat between the father-son duo will certainly bring a smile to everyone's face.

Fans are aware that Yash is a family man and loves spending quality time with his family. This video seems to be shot in the morning hour when his son has just woken up from his sleep and his parents are trying to convince him to brush his teeth, as Radhika is holding a toothbrush in her hand. 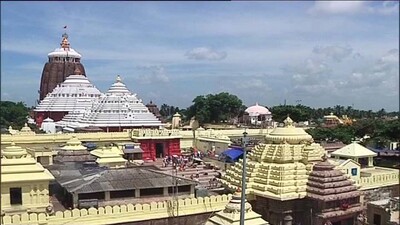