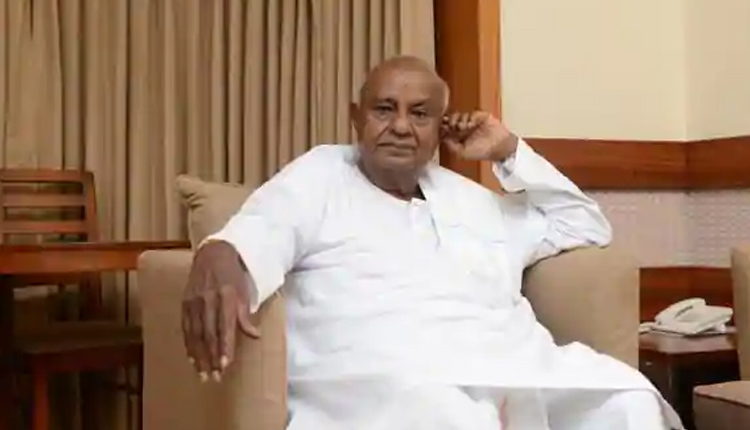 Bengaluru: Former Prime Minister and Janata Dal-Secular (JD-S) supremo H.D. Deve Gowda on Friday said that the Covid-19 vaccine should be given free to the economically vulnerable sections and at affordable rates to the majority of the people.

“The Covid vaccine should be given for free to the poor, who are economically weak and its cost should be made affordable for the majority of the people across the country,” Deve Gowda said in a statement.

Gowda, 87, who also participated in the all-party meeting vaccine distribution held by Prime Minister Narendra Modi earlier in the day through video conference, said the Central government should bear the cost of the vaccination programme across the country.

“I am glad to know that the Prime Minister had recently reviewed the advances made by some drug firms in getting the Covid vaccine ready soon. The stock-taking was essential to give hope and confidence to the people who have been trapped for months by the pandemic,” asserted Gowda.

Modi on November 28 visited Zydus Cadila in Ahmedabad, Bharat Biotech in Hyderabad and Serum Institute of India in Pune to take stock of vaccine development.

Deve Gowda, who was the country’s Prime Minster in 1996-97, got elected to the Rajya Sabha from Karnataka in June.

Noting that the transportation and storage of the vaccine would pose a major challenge to the stakeholders, Deve Gowda suggested the formation of a high-level team to coordinate the timely delivery of the vaccine to the people across the country.

“The coming weeks should be treated with great care to ensure Covid cases do not spiral out of control and put the healthcare system under stress. Hopes of a vaccine cannot be a basis to throw caution to the wind,” he said.

Deve Gowda also suggested that the high-level team should directly report to the Prime Minister’s Office and create a network of medical volunteers right from the panchayat level, which is the basic governance unit in the country.

The JD-S supremo suggested that the Union government should rope in the IITs in converting any room into a cold storage with an assembly unit to store the Covid vaccine for long term, as its distribution and administration will take months.

Gowda also wanted to know if the government would buy the vaccine from other countries due to capacity constraints in making the drug in huge quantity for inoculating over 100 billion people across the country.

“Should we allow Phase 3 vaccine trials more time to assess its efficacy and safety? How many people are we going to vaccinate in the first round,” Gowda had asked the Prime Minister during the interaction earlier in the day.

Modi Charisma Intact: Most Preferred For PM Across India, Way Ahead Of Rahul