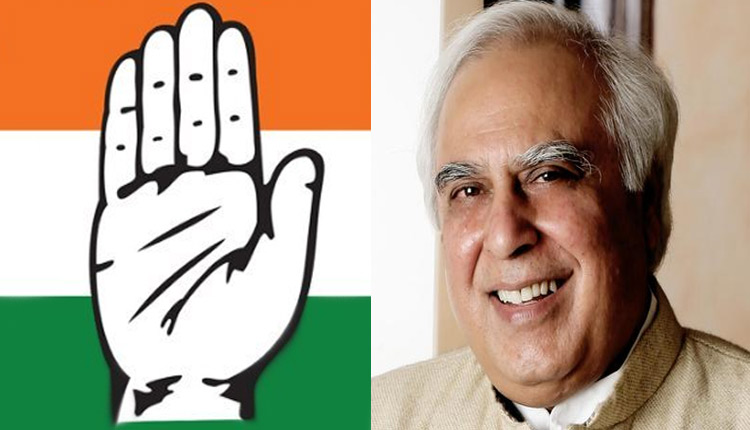 New Delhi: After Congress’ debacle in the recently concluded Bihar polls and by-polls held across 11 states, senior Congress leader Kapil Sibal said that the people of the country, not just in Bihar but wherever by-elections were held, “obviously don’t consider the Congress to be an effective alternative.”

The Congress managed to win only 19 of the 70 seats it contested in Bihar, while its partner RJD emerged as the single-largest party, winning 75 seats. However, the Mahagathbandhan failed to cross the majority mark and form its government in the state.

“If for six years the Congress has not introspected what hope do we have for introspection now? We know what is wrong with Congress. Organisationally, we know what is wrong. I think we have all the answers. The Congress party itself knows all the answers. But they are not willing to recognise those answers. If they do not recognise those answers, then the graph will continue to decline. That is the sorry state of affairs that the Congress is in and that is what we are concerned about,” Republic quoted Sibal as saying in the interview.

Answering whether the party is taking the Bihar defeat like “business as usual”, he said, “I don’t know. I am only talking about myself. I have not heard the leadership tell me anything. So I don’t know. I only hear voices which surround the leadership. That is all I know. We are yet to hear from the Congress party their views on our recent performance in Bihar and in the by-elections. Maybe they think all is well and that it should be business as usual.”

Sibal was one of the 23 Congress leaders behind the “dissent letter” that caused an all-out clash within the party in August.