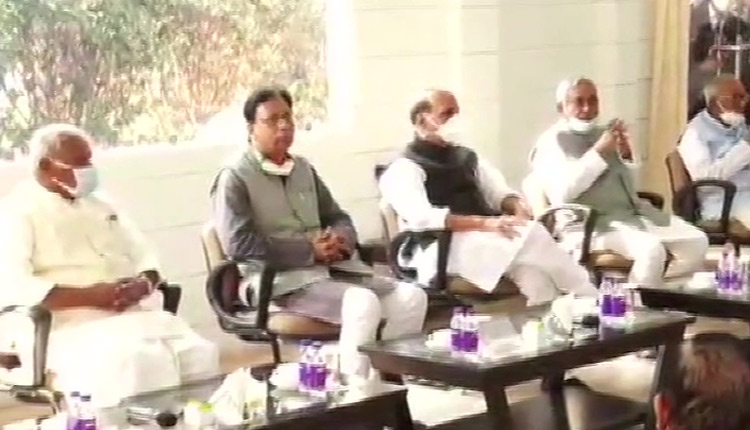 Patna: Nitish Kumar will be Bihar Chief Minister for fourth consecutive term, the National Democratic Alliance (NDA) said after a meeting of its legislators in Patna today.

The NDA will go to Governor Phagu Chauhan to stake claim to form the government.

The meeting was attended by NDA partners BJP, JD-U, Hindustani Awam Morcha and Vikassheel Insaan Party. The meeting took place two days after Nitish handed over the resignation of his ministry to the Governor.

He was re-elected to the post at a meeting of the newly elected MLAs of the JD-U and the MLCs at the CM residence here.

The NDA has returned to power in Bihar, though by the slimmest of margins, as results on the Election Commission site indicate. The NDA won 125 seats in the 243-member Bihar assembly against 110 clinched by the opposition Grand Alliance. .

The opposition Mahagathbandhan ended up with 110 seats, with the Rashtriya Janata Dal winning 75 seats, the Congress 19 and the Communist Party of India-Marxist-Leninist (Liberation) winning 12.

The remaining seats were divided among Asaduddin Owaisi’s AIMIM which won five, while the Bahujan Samaj Party won one seat, and an Independent was also elected to the Assembly.