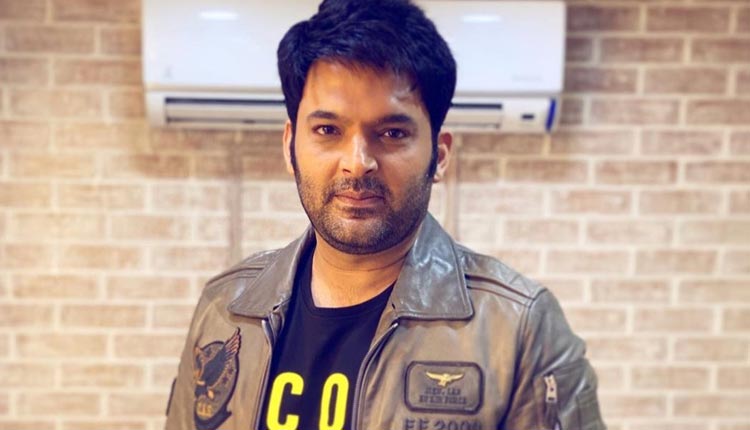 New Delhi: Comedian Kapil Sharma is no stranger to online hate, but he says he does not pay much attention to trolls because he believes in making the world a better place with his jokes.

Recently, #BoycottKapilSharmaShow trended on Twitter as netizens were not too thrilled about one of the show’s segments featuring Kiku Sharda and Krushna Abhishek.

A while ago, a netizen attacked Kapil on Twitter for not putting up anything regarding the late actor Sushant Singh Rajput. Though he shut down the troll in his own style, it’s not always that you see him reacting to all the negative comments coming his way.

Asked how he deals with trolls, Kapil told IANS: “My sole focus is to provide non-stop laughter to all my fans and I believe in making world a better and light place with my jokes. I don’t pay much attention to trolls.”

In fact, he is currently enjoying his current phase. Last year, he became a dad and now he is associated with a show for kids.

“I am extremely blessed. Each day offers something new. Even before parenthood, I always wished to do something for kids. Hence, you could see the kid avatar on ‘The Kapil Sharma Show’. But yes, I will try and do more for kids, and ‘The Honey Bunny Show With Kapil Sharma’ is a good start,” he said

Talking more about his new show, he shared: “This was the first time I was shooting for an animated show. The process was something new, but with time I was able to adapt and I thoroughly enjoyed the process. It was a unique and thrilling experience.”

“When it comes to inspiration, my style has always been more on observing people and bringing it on screen, and I have done the same for this show.”

Kids have always been dear to him. “I would want to do something special for them,” said Kapil, who finds his mother inspiring.

“She (his mother) has always made people laugh even through tough times, which is difficult,” he shared.

Also Read: The Kapil Sharma Show Fan Thanks Kapil For Entertaining Her Ailing Mother in Hospital