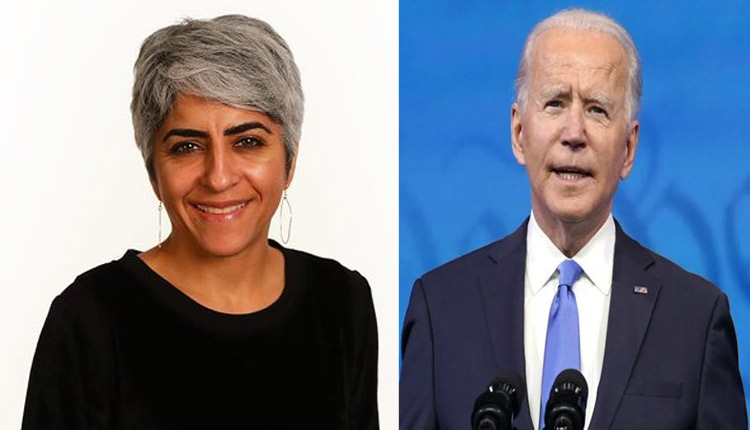 New York: US President Joe Biden has appointed Kiran Ahuja, a civil rights lawyer and an advocate for Asians, to head the Office of Personnel Management (OPM).

Ahuja, whose nomination was announced on Tuesday by the White House, is joining at least 20 other Indian Americans nominated by Biden to senior positions in his administration.

As a member of Biden’s transition team, she was in charge of ensuring a smooth move by the agency to the new administration.

In former President Barack Obama’s administration Ahuja had served in the (OPM) as chief of staff.

She will have to be confirmed by the Senate in her new position.

Ahuja is now the CEO of Philanthropy Northwest, a network of charitable organisations across six states.

The White House said Ahuja grew up in Savannah, Georgia, “as a young Indian immigrant in the wake of the civil rights era.”

She shares an educational background with Vice President Kamala Harris having attended a historically Black institution like her. Harris went to Howard University for her bachelor’s degree and Ahuja to Spelman College in Atlanta.

With a law degree from the University of Georgia, Ahuja “began her career as a civil rights lawyer at the US Department of Justice, litigating school desegregation cases, and filing the department’s first student racial harassment case,” according to the White House.

As yet none of the Indian American nominees requiring Senate confirmation have come up for a vote before it.

Neera Tanden, the nominee for the cabinet position of the director of the Office of Management and Budget, is the only Indian American to have appeared for confirmation hearings before Senate committees.

She has run into difficulties after a key Democratic Party senator, Joe Manchin, declared he will not vote for her.

A committee vote is set for her on Wednesday as a prelude to action by the entire Senate.

Biden is firmly standing by her even though it appears she may not be able to get enough votes for her confirmation as several Republicans have also declared opposition to Tanden because of her vicious tweets and statements attacking political leaders of all ideological stripes.

Biden’s Spokesperson Jen Psaki said on Tuesday, “We’re going to keep our eyes focused on outreach to Democrats and Republicans and working toward getting Neera Tanden confirmed so we can get the budget process moving.”

Odisha Maritime Board To Come Up Soon