Scientist of Bhubaneswar-based Pathani Samanta Planetarium has made it clear that "there is no possibility of collision between the earth and the asteroid." 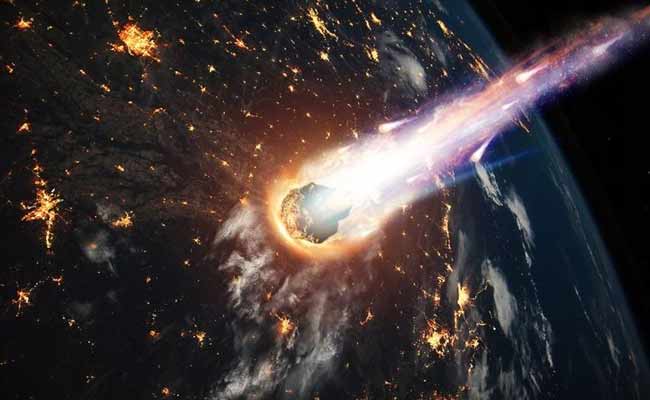 At a time when the world is already grappling with COVID-19 pandemic, the news on likelihood of a mega asteroid ‘hitting the earth’ on April 29 has kept social media abuzz with theories of doomsday.

It may be noted that US Space Agency NASA had said that an asteroid of a fairly large size will fly past Earth on April 29 this year. Though the space agency clarified that it will have no impact on Earth, social media was flooded with rumours on possible annihilation of earth and the entire life forms on the planet due to a collision.

Meanwhile, debunking the social media gossips, Deputy Director of Pathani Samanta Planetarium in Bhubaneswar, Dr Subhendu Pattnaik has appealed the people not to panic because of the astronomical object advancing towards the earth and clarified that the asteroid will pass safely without even interfering in any way with the planet.

“There have been numerous rumours and questions on the advancement of the asteroid towards the earth. However, people should not panic for it,” clarified Patnaik.

Clarifying further, Patnaik said, “There are large numbers of asteroids, comets and other objects between Mars and Jupiter which revolve around the Sun. The size of these objects varies from one metre to 1,000 kilometres. The largest asteroid is Ceres which is around 1,000 kilometres in diameter and is listed as a dwarf planet by astronomers.”

Sometimes these asteroids enter the earth’s atmosphere due to the gravitational force and burn up soon after, leaving a streak of light in the sky, stated the Deputy Director of the Bhubaneswar planetarium.

Meanwhile, scientists and astronomers have identified 20 crore asteroids, comets and other objects till date which is near the Earth. They are also tracing their paths and elliptical orbit and even made a list of these objects. Out of the identified objects, around 2,000 may come near the Earth in future and even collide with the planet, said Patnaik.

Explaining the characteristics of the asteroid coming towards the Earth, the Deputy Director of the planetarium said, “This asteroid which is advancing towards the earth has been officially named as 52768 (1998 OR2) and will fly pass near the Earth around 4.30 PM on April 29.’

Also Read:3 Species Of Human Ancestor Roamed The Earth At The Same Time

Cyclone threat to Odisha in COVID times? Low pressure on May 1, Landfall on May 3

Column: The Real Challenge Will Begin After May 3