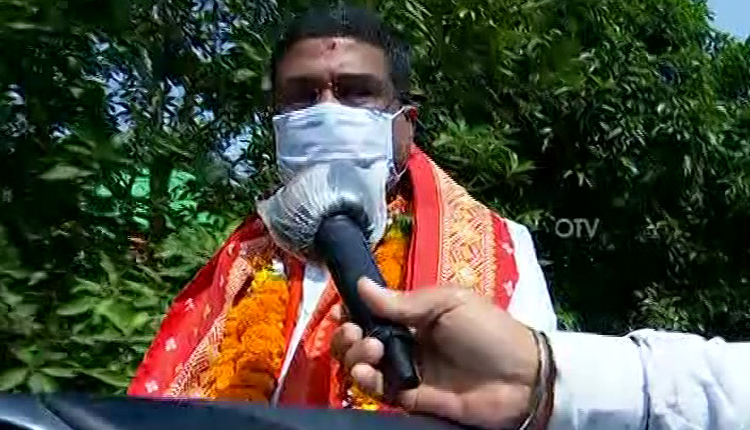 Jagatsinghpur: Union minister Dharmendra Pradhan on Friday called for the reopening of temples in Odisha.

Pradhan made the statement over the contentious issue while campaigning for the Bharatiya Janata Party (BJP) candidate for the forthcoming by-elections in the Tirtol assembly constituency.

Pradhan who spoke to OTV after paying a visit to the Maa Sarala temple in the town, said all temples including Srimandir in puri, Maa Sarala temple, Maa Samaleswari Temple should be thrown open for the devotees as soon as possible.

“As a lot of other states have already reopened their temples, Odisha should not delay in taking a decision in favour of this,” said Pradhan.

“Devotees should be allowed to enter the temples while ensuring social distancing and following COVID-19 guidelines,” added Pradhan.