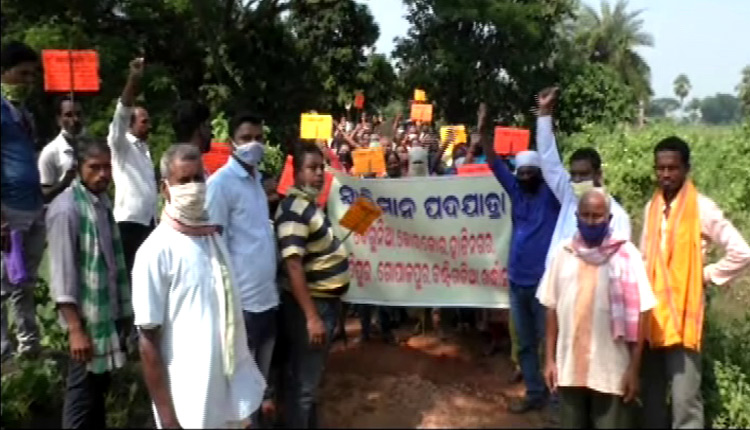 Jagatsinghpur: People from as many as a dozen villages in three panchayats under Tirtol Assembly constituency here have decided to boycott the upcoming by-polls levelling allegations that the authorities have failed to provide any solution to their long-standing demands.

Problems of these people have been ignored all these years and they are allegedly deprived of basic facilities, which has now forced them to come up with the decision to boycott elections as a last resort.

Reportedly for the last three decades, people here have been demanding repair and renovation of roads along the river bank which connect the villages.

“Farmers have been facing numerous problems. We have been demanding construction of a sluice gate in Hansua channel and repair the damaged gates so that excess water being released doesn’t accumulate in the paddy fields,” stated a villager.

“Where children could have reached their school located some 100-200 mt away in minutes, they are travelling 3 km as the demand of a bridge to shorten the route has fallen on deaf ears. Problems are aplenty, but our prime demand is the construction of motorable roads,” said another.

Allegedly protesting lack of infrastructure development in their area, the locals held a protest rally and marched through all the villages in Gopalpur, Biritola, Katara panchayats pressing for their demands.