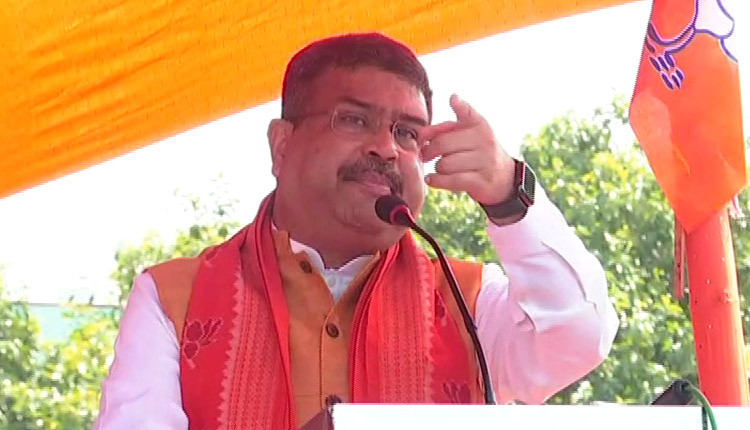 Addressing the rally, the BJP heavyweight criticised the dictatorial nature of the ruling-BJD while comparing it with Ravana and Duryodhana. “For over last two decades, CM Naveen Patnaik has been the head of the state, and still people are deprived of basic amenities such as drinking water, education, proper health care. The untimely demise of a person is never an opportunity. There is no place for ego in a democracy, even Ravana and Duryodhana got blinded by pride and ego, and at the end that consumed them. Same is the case with BJD. Those who consider this election as an opportunity, God should give them some basic sense,” Pradhan said.

“It is being said the women in the self-help groups are given Rs 200. If this is the case, why did it not happen when corona crisis was deepening? PM Modi has released close to Rs 1000 crore for the development of Balasore, but the government here hasn’t allowed any progress, which is unfortunate,” Pradhan said.

The Prime Minister has plans to turn Balasore into a commercial hub so that youths here don’t move out of State in search of a job, the Central minister said during the campaign.

Responding to the allegations, State Health Minister Naba Das said, “WHO and the Centre have commended the efforts of the Odisha government. Still, if someone is alleging that we have failed in management, then the statements made are politically motivated.”