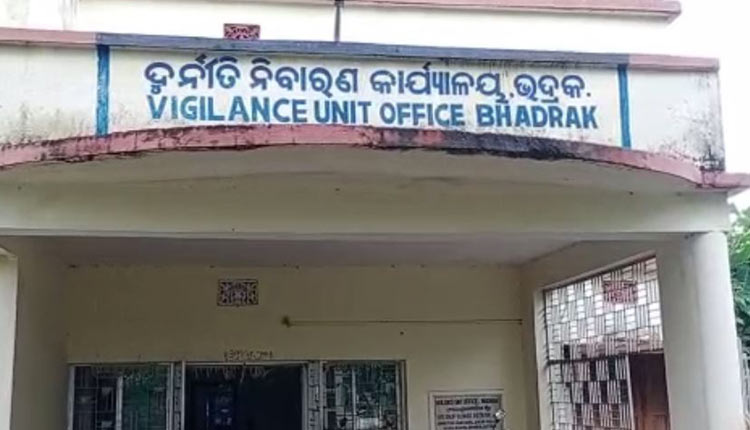 Bhadrak: The Vigilance department sleuths on Thursday nabbed a junior-clerk-cum-dealing-clerk of district labour office red-handed while the latter was accepting a bribe of Rs 9,000 from a security firm.

According to sources, the accused clerk, Sudhakar Barik had demanded Rs 13,000 from Akshay Kumar Das, the managing partner of Bhawani Security Service, for renewal of labour certificate.

“I had approached the labour office for renewal of labour certificate, but the clerk had demanded Rs 13,000. He told me that the district labour officer (DLO) will take Rs 10,000 while remaining Rs 3,000 was on account of office expenses. As I expressed my inability to pay, the certificate was not issued,” Das said.

“He called me later and asked me to pay Rs 9,000 instead of Rs 13,000. Subsequently, I lodged a complaint with the vigilance department,” Das added.

Das had lodged a complaint with the vigilance yesterday and accordingly a trap was laid to catch the clerk. He was accepting the bribe when the vigilance sleuths caught him red-handed.

Santosh Mishra, SP (Vigilance), Bhadrak, said a case was registered yesterday on the basis of the complaint lodged by Das and the junior-clerk-cum-dealing-clerk was caught while receiving the bribe. “He will be arrested,” Mishra added.